Brisbane Roar have confirmed the loan of young Australian centre back Anton Mlinarić from Sydney FC.

The 19-year old had originally joined Sydney FC's academy as a 14-year old.  He then progressed through the youth ranks representing the Sky Blues in the A-League Youth and their National Premier League NSW side.  He has also formally played for the Joeys.

Mlinarić left Australia last spring, completing a one month trial in October 2020 with Ukrainian side Dynamo Kyiv.  He then returned to Australia and signed a scholarship deal with Sydney FC ahead of the 2020-21 A-League season.

The centre-back then left Australia again in February 2021 for a subsequent trial, this time with with Dinamo Zagreb. Sydney FC loaned the young defender to the Croatian club for the remainder of the season.  He joined Dinamo's U-19 squad.  Mlinarić is now back in Australia.

Sydney FC have now loaned their young player for a second time this year.  The club have announced that Mlinarić will join Brisbane Roar for the beginning of the 2021-22 A-League campaign.  FTBL's John Davidson originally reported the possible loan last last week.

The Roar have confirmed though that the loan runs only until January 2022. Speaking of the short-term acquisition, Brisbane Head Coach Warren Moon said:

"We're very pleased to welcome Anton into our group.  He's a mature defender for his age in many respects.
"He's defensively sound, physically very capable, and comfortable on the ball as well.
"With his left foot and passing ability, he's another one who offers good balance in an important area of the pitch.

"We thank Sydney FC for working with us on providing this opportunity for Anton."

Mlinarić also spoke about his move to Brisbane and the possibility of finally making his A-League Men's debut.

"This is a good opportunity to improve as a player and play regular first-team football.
"I'm looking to play and impress.  I feel ready.
"I just the need the opportunity and hopefully I take it. I just have to work hard."
Mlinarić's addition is the second in as many days for Brisbane Roar, after they announced the signing of Nick Olsen this past weekend. 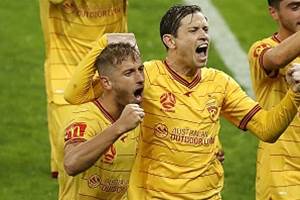 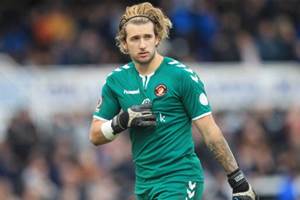 Eight years ago, Brisbane Roar A-League goalkeeper Jordan Holmes left Australia at the age of 16 to chase his English Premier League dream.
Brisbane Roar open their A-League Men's campaign against Melbourne City FC on November 19, 2021.  The first six weeks of their A-League schedule can be found using this link. 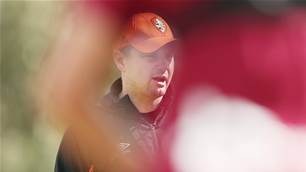