Perth Glory coach Kenny Lowe is proud of the way his undermanned troops battled to a 1-1 draw with Adelaide United at Coopers Stadium on Friday night.

Missing the likes of Rostyn Griffiths, Nebojsa Marinkovic and suspended Socceroo Rhys Williams, Glory were forced to settle for a draw which means they remain three points adrift of the top four.

The visitors needed at least a point to remain a realistic chance of claiming a home final and got it courtesy of Diego Castro’s penalty in first half stoppage time.

“You want to win to get further up the league but I can’t fault what we did on the night,” Lowe told Fox Sports.

“There are a lot of guys who came in underdone. They were honest in what they did.

“Lucian (Goian) and Dino (Djulbic) dealing with the big boy up front (Baba Diawara) was difficult but they were game at it.

“I just thought it was a quality game.” 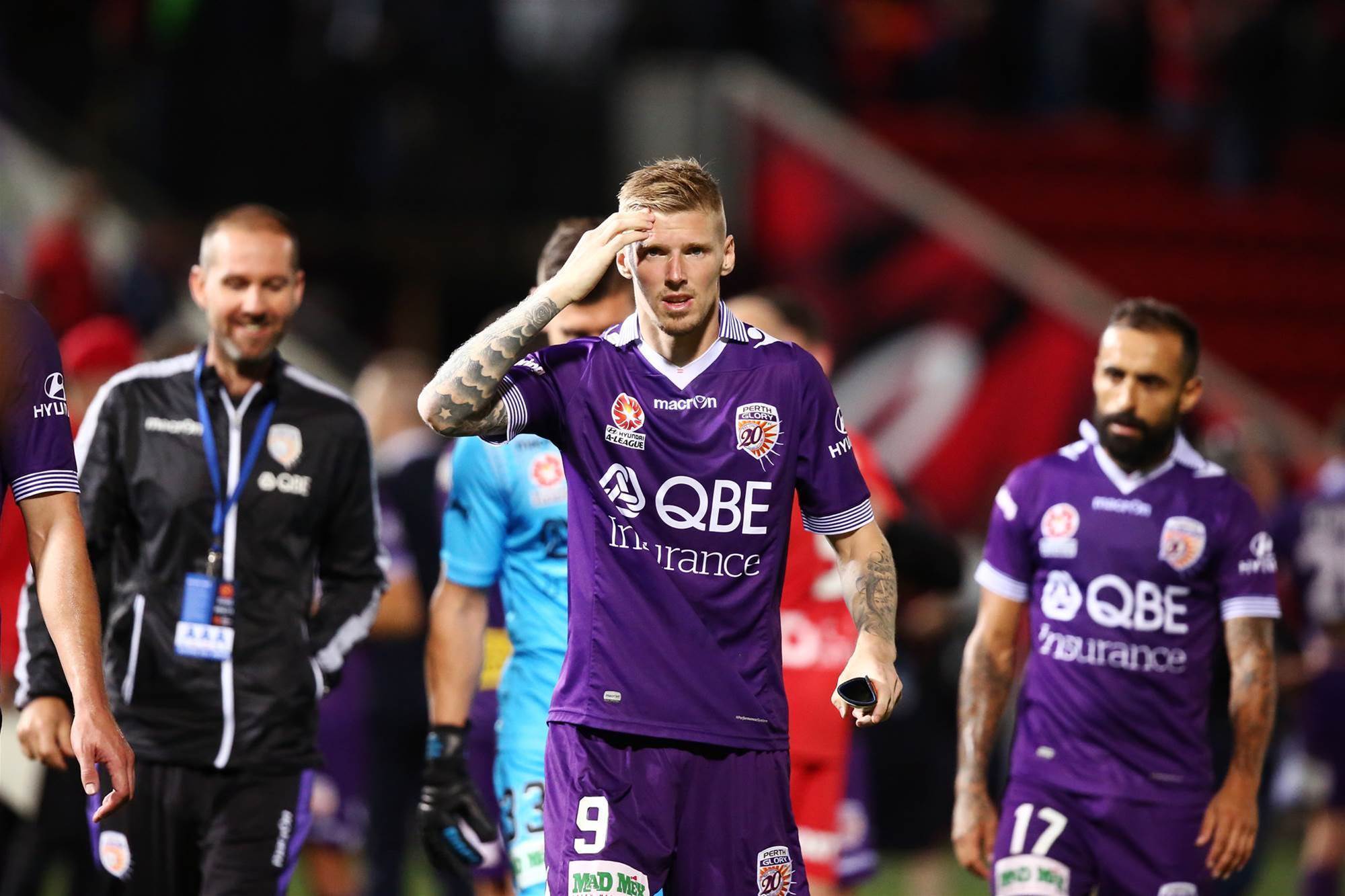 Perth’s marking at set pieces came into question after Adelaide defender Dylan McGowan nodded the opener into an empty net midway through the first half.

Lowe said there was plenty of planning done to combat a side which scored twice from corners last round.

“We went through it piece-by-piece to be truthful,” the Glory coach said.