Perth Glory marquee Diego Castro is likely to be fit for the upcoming finals with coach Kenny Lowe stating his premature substitution was only precautionary.

Castro limped off minutes into the second half of Glory’s 3-1 win over Brisbane Roar on Saturday night, having provided the assist for Richard Garcia's opener.

The reigning Johnny Warren Medallist appeared to injure his ankle after a heavy tackle from Jacob Pepper late in the first half.

The Spaniard limped through the remainder of the first half and tried to play on, but succumbed to the injury shortly after the interval.

“He landed awkwardly but we didn't want to risk him." 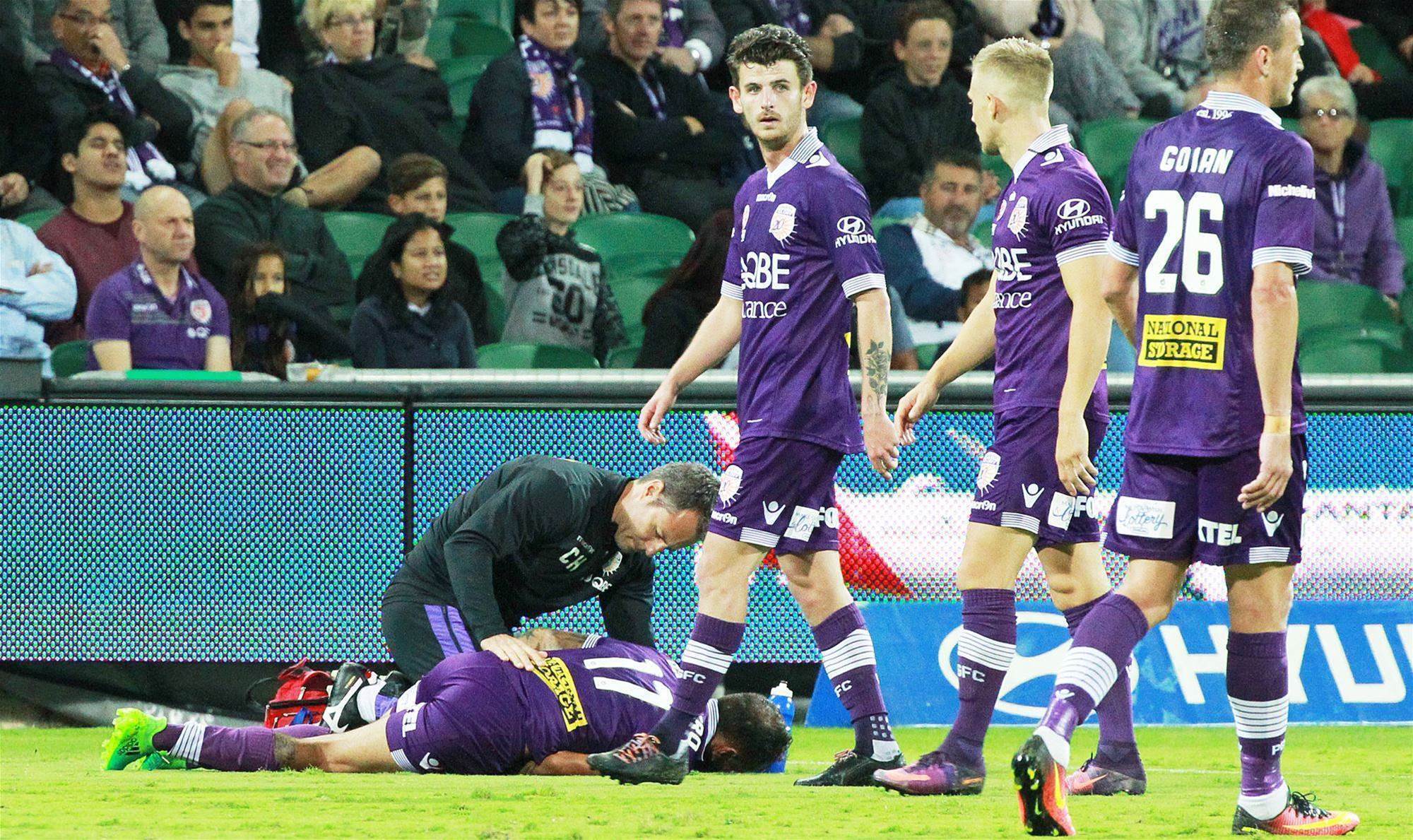 Castro’s fitness will be key for Glory with the win clinching their spot in the A-League finals.

Glory, currently fifth, can still secure a home final, but would need to defeat Melbourne City by four goals next round when they meet at nib Stadium.

If not, Glory will play either Brisbane Roar or City away in the first round of the finals.

"If we can roll into finals with another win then that would be great,” Lowe said.

"We can beat anyone in the league. Everyone believes. Anything can happen."