Western United midfielder Steven Lustica has thrown his support behind the plan to change the A-League to a winter season.

The 2020/2021 A-League season will start this December and finish next July.

Lustica has had spells with Gold Coast United, Adelaide United, Brisbane Roar and Western Sydney Wanderers playing in summer, but also experienced winter campaigns while playing his trade in Croatia.

He believes the move will help the players.

"I think it’s not a bad idea," Lustica told FTBL. "It’s up to the FFA what they’re going to do, but me personally I’ve got no problem with it.

"For players it is easier to play in cooler conditions, so from a playing perspective it’s going to definitely help us when we’re playing in summer.

"We play in challenging conditions sometimes, which makes it difficult at times in games. People probably don’t realise how hard it is on the players playing in those conditions. I’m sure most players will get behind it.

"I fully support it."

Lustica has recently extended his deal at Western United for another season.

Lustica said it was a "no-brainer" to re-sign.

"I've really enjoyed my stay," he said. "Thanks for Mark Rudan for bringing me in. I can see what Mark's building at the club, it's something special and I want to be part of that future.

"I want to have success with the club. It was a no-brainer for me.

"I’m at a good age now where I’m coming to my peak and I’ve still got a lot of improvement in me. I’ve got a great coach in Mark who can continue to improve my game."

Lustica admitted it is a relief to back training and preparing for the season to restart after the campaign was shutdown in March because of the pandemic.

"Obviously there was a lot of uncertain times in those few months," he said.

"We’ve been training for two weeks and getting ready for that first game back. It definitely wasn’t nice because everything was up in the air – we didn’t know what was happening.

"It makes you realise how football is to us and how much we missed it as well." 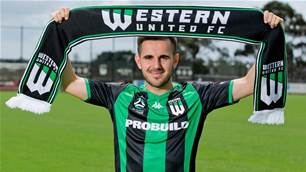 Western lure Lustica back to Oz 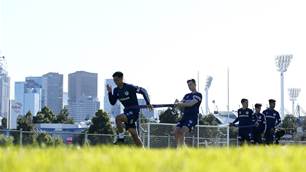