Australian winger Awer Mabil says Pacos Ferreira is the right place to take the next step in his career after the Portuguese club confirmed his loan signing, as reported by FourFourTwo on Thursday.

Mabil joins Pacos Ferreira from Danish club FC Midtjylland, who loaned him out to relegated Esbjerg fB last term, where he netted four goals in 29 appearances.

“At this moment in my career it’s a good step to be here," Mabil told the club website.

"I’m really proud to be at this club. I’m going to work 100% and give everything to ensure I can take the next step with the club."

“When I heard of the interest, I saw a lot of matches of the club and I read a lot about the hisoty of the club," Mabil said.

"It has a good history with some players, (ex-Manchester United striker) Bebe was here.

"It’s got a good history of producing players. I’m really happy to be here and hope we can succeed together.”

Mabil, who was announced by his new club with an unusual social media 'alphabet soup', also said the presence of McGowan, a former team-mate at Adelaide, would help both of them.

The duo are managed by the same agent, Buddy Farah, who engineered both moves.

“It makes everything a lot easier when you know someone at the club," Mabil said.

"To be here in the same club now will make everything easier for him and I." 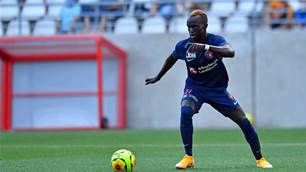