A-League new boys have scored among the biggest sponsorship deals in A-League history before they have even signed a player or kicked a ball.

The club today said they had signed deals worth $15m for the next three years including a $3.5m shirtfront sponsorship deal with Wisdom Homes.

The announcement came among a series of updates from the club at a gala lunch launch in Campbelltown today, 12 months out from their entry into the A-League.

In a radical new step for an A-League club, supporters will be given the chance to vote for memebrs of the club's board.

Two of the seven members of the board (three of which will be women) will be elected by votes from adult club members.

Founding members of the club will also be offered a special one-off deal for $95 which will include the club shirt which will only be worn in the Bulls' very first season.

The academy will serve Indigenous players across Australia, with high performance teams and camps hosted at Macarthur FC’s proposed centre of excellence in Campbelltown, but will also have other programs rolled out nationally.

And finally, they revealed coach Ante Milicic's current sidekick at the Matildas Ivan Jolic will be joining him as his assistant also at Macarthur when their term with the national team expires.

Chairman Rabbieh Krayem added: “Our vision is to be known by all as more than a football club." 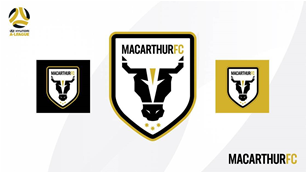