Manchester United have retained top spot in the Premier League after a goalless draw at champions Liverpool while Manchester City won to go second.

Alisson made two wonderful saves for Liverpool at Anfield while Thiago and Roberto Firmino went closest for the hosts with United's lead at the summit now two points.

John Stones scored his first league goals for City, who have a game in hand, to help them to second on goal difference ahead of Leicester City, while Liverpool are a point behind in fourth and Tottenham Hotspur fifth after their 3-1 win at Sheffield United.

Victory for Liverpool would have returned them to the but, with a makeshift defence and midfield and with their front three misfiring, they rarely looked like winning it.

Instead it was United who came closest to scoring with only Alisson's reflexes preventing first Bruno Fernandes and then Paul Pogba from close range.

"I think we grew in the game and toward the end it was there for us to win," United manager Ole Gunnar Solskjaer said.

"I'm a bit disappointed right now but a point might be OK if we win the next one."

With Joel Matip not fit to return, Juergen Klopp played midfielders Jordan Henderson and Fabinho in the centre of defence and they kept United largely at bay.

Liverpool's unbeaten home run now stands at 68 games but they will be concirned by their lack of goals in their past three outings.

Klopp said he is sure Mohamed Salah, Sadio Mane and Firmino will find their touch soon.

"There is no easy explanation (for their troubles in front of goal)," he said.

"You always miss chances. You have to keep going and try to ignore the talk around it."

City cruised to a comfortable victory over Palace with Ilkay Guendogan and Raheem Sterling adding to Stones' two goals.

The visitors held out for 26 minutes before Stones headed the hosts in front, Guendogan scored a superb second, Stones lashed in a third and Sterling finished things off two minutes from time.

City boss Guardiola stressed the importance of the side's defensive solidity to their Premier League chances.

"It gives us this confidence that at the right moment we can score a goal when we don't concede, and there are many clean sheets," he said.

"Fantastic performance from everyone today - started really well, aggressive with our press and were clinical to go 2-0 up," Tottenham striker Kane said.

McGoldrick said United would continue to fight but they remain bottom with just five points from 19 games, 11 points from safety at the halfway point in the season.

"We aren't throwing in the towel, we keep on going," he said. 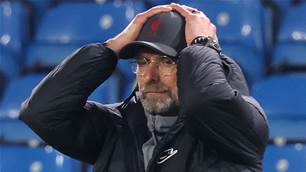