Fellaini, Pogba and Becks all had some interesting lids.

Manchester United is famous for many things - a record number of Premier League titles, the development of some of the best players the world has ever seen, and that famous red kit.

What about… hairstyles? Footballers are under intense spotlight, as are their sometimes wacky fashion choices and Manchester United is guilty of producing their share of weird lids.

The Belgian international linked up with the Red Devils for the 2013-14 season, and brought with him an already recognisable afro from his time at Everton. 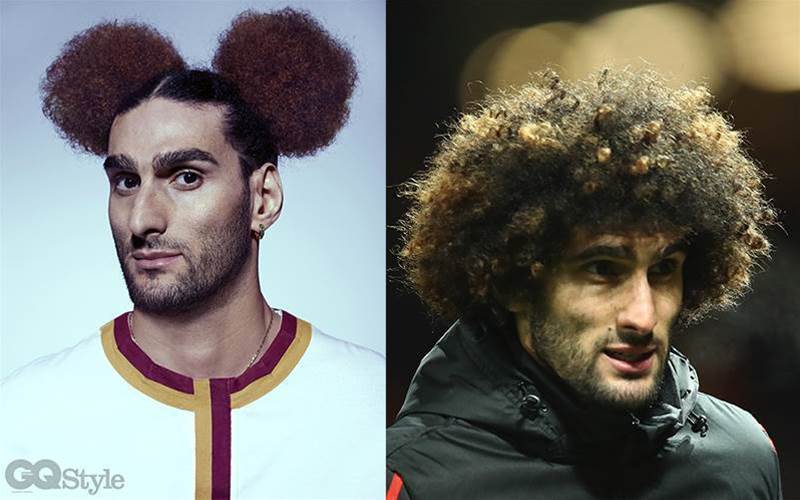 He decided to spruce it up ahead of the 2016 European Championships, turning a brown ‘fro blond in the same style as Wales star Aaron Ramsay and French midfielder Samir Nasri did at the tournament.

And now, Fellaini has sported an equally eye-catching hairstyle in a photoshoot for British GQ. With the help of some (no doubt) heavy duty hairbands and hairspray, the midfielder has managed to mould his barnet into a Mickey Mouse-esque look.

A dab here, an intricate handshake with Jesse Lingard there. In between, there have nearly as many haircuts for Pogba as there have been appearances for United (52, for those counting). 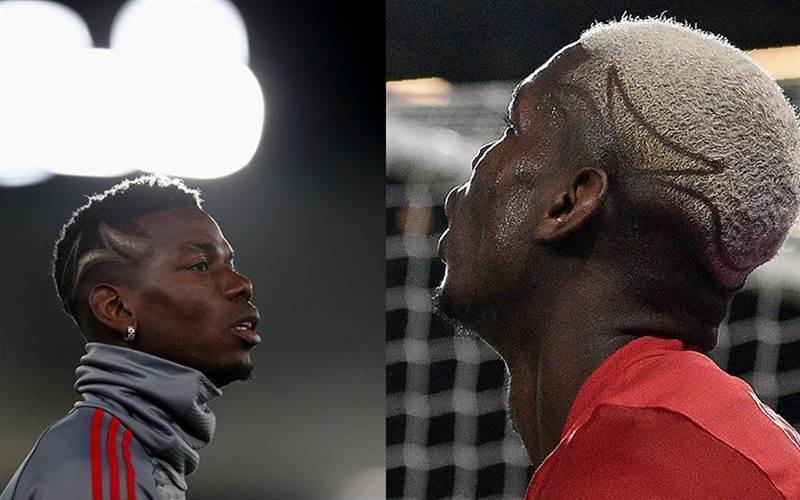 There have been colours in the part, dye and pattern combinations, lightning bolts, blue Chinese characters, and even the letter P dyed into the left hand side of the Frenchman’s head.

Portuguese supercoach Jose Mourinho has even had a veiled pop at the £80 million midfielder as he praised United youngster Scott McTominay for his humble approach to the game – including a ‘normal haircut’.

The original football style icon, David Beckham had more haircuts than Sir Alex could kick football boots at. Thanks to wife Victoria, the famous number 7 transformed his image over and over again during his time at United. 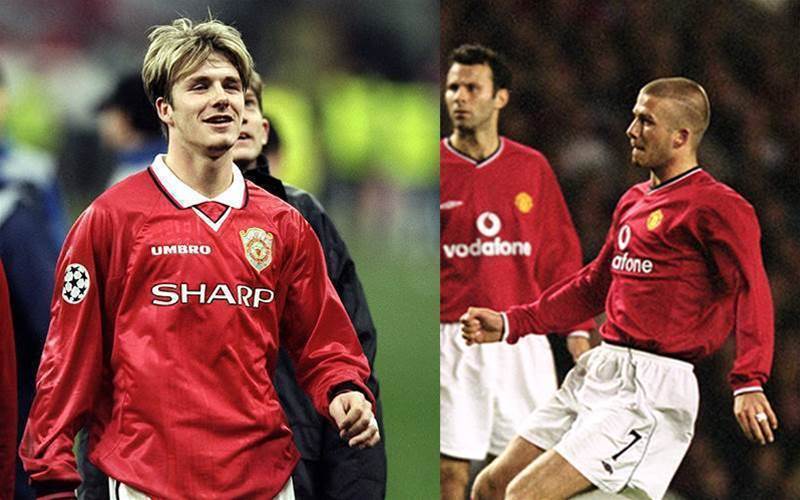 Blond tips were the first step for Becks in the late 90s, followed by a skinhead look which barbers across the UK blamed for a brief downturn in business. The beginning of the 2000-01 Premier League season seen Beckham sport a Mohawk – a look which Sir Alex was far from happy with.

A zigzag hairband which he sported in 2002 had people ‘openly giggling’ according to the Sun, before THAT infamous photo with Nelson Mandela in 2003 featured the soon-to-be Real Madrid superstar with cornrows. Yes, cornrows.