Diego Maradona has denied claims from the Italian tax authorities that he owes the government money from his time at Napoli.

The Italian Treasury claim that the former Argentina legend owes €30 million from his seven-year spell in the country in which he made more than180 appearances for Napoli.

The 52-year-old has refuted these claims and admitted that he hopes to return to Stadio San Paolo having being proven innocent.

"They haven't got evidence to come after me or to persecute me," he said in a video released by his lawyers, shown on Corriere.it.

"I'm not a tax evader. I never have been because I only played soccer.

"I appeal to the politicians. I didn't steal anything. If I did things wrong, it was about other stuff. I want to return to Naples freely.

"I cannot freely return to Naples with peace of mind and this is not right.

"They are robbing me of the chance to see again the people of Naples, who I love."

The former Argentina coach allegedly owes money from sponsorship and advertising deals while he played in Serie A, and has been pursued by the police on recent visits to the country. 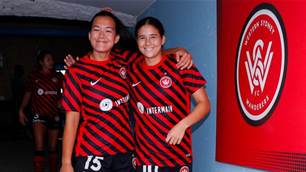