It has been reported Roux could be joining Melbourne Victory next season as a replacement for Jason Geria, who left for Japan last month.

Roux has made 18 appearances for Central Coast this season, but did not take part in the 1-0 loss to Melbourne City on Saturday night.

“I read the same articles in the paper, my position coming in as caretaker coach has been about focusing on what’s in front of me,” O’Sullivan said.

“I’ve not made it my business to go into all the fine detail behind the scenes, I’ve made it about what’s in front of me day-to-day with players that are available.

“Stormy like every other player has been excellent for myself and I thank him for that, but where his future lies beyond this season, we’ll find out after next week I suppose.”

O’Sullivan has made it no secret he’d like the Mariners top job and it would be his first senior head coach gig at A-League level.

The Irishman played for Mariners for two years and also coached Newcastle Jets’ W-League team from 2009 – 2012.

“I did do it with the Newcastle Jets girls a while back and I’ve done assistant coach twice at Wellington Phoenix and at the Mariners,” he said.

“I’ve loved it, it’s been great, the players have been incredible under the circumstances and it hasn’t been easy. I’ve loved every minute of it and I’m not young anymore, I’m 44-years-of-age.

“I haven’t played in over 12 years and I’ve been coaching all that time and I’ve always been involved in elite football. It’s all those things that can be brought to the table and it’s been an enjoyable experience.” 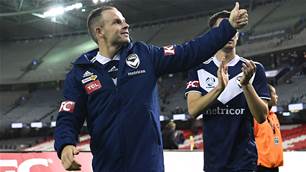 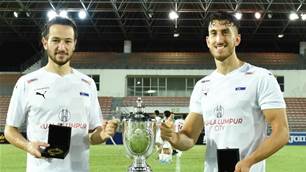