Locking down the Costa Rican international comes as a big surprise, after Mariners Head of Football Ken Schembri previously doubted his ability to re-sign, considering he wants to represent Costa Rica at the next World Cup.

Urena hasn't represented Costa Rica since 2020, although that may be in part due to the COVID-19 travel restrictions. He has 67 caps and 15 goals for his country, and played a significant role in the 2018 World Cup.

He now re-signs with the Central Coast Mariners for two more seasons after a promising debut campaign in the A-League.

Ureña signed for the Mariners in December and made his debut in January against Western Sydney Wanderers, before becoming a pivotal player throughout the campaign and developing a key partnership with strike partner Matt Simon.

Ureña scored five times and assisted four other goals through the campaign and brought a wealth of leadership and experience to a young squad, and the World Cup goal scorer embraced the leadership role and said it is a big part of why he wanted to go around once again.

“The first half of the season was really crazy for me, with no pre-season, I didn’t know the boys after I came here from quarantine. My second half was very good, and I showed what I can offer to the fans.”

“Hopefully next season I can have more minutes from the start with all the pre-season with the boys and score more goals for sure.”

“My family are really happy here on the Central Coast, really found a place we can call our second home after Costa Rica.”

“It’s so beautiful and the people are so nice, I would love to say thank you for everyone, the fans and everyone for always supporting me.”

Ureña was full of praise for the Mariners faithful as well, and said he had plenty of them asking when he would be returning.

“And I really feel happy because when you do your job and someone appreciates what you are doing it is amazing, the best feeling you can have.”

Schembri was full of praise for Ureña and welcomed his return.

“Marco has shown this year that he is one of the premier visa players in the A-League, and we are very excited to have him back for two more years.”

“Marco off the field he has been a huge asset to the Mariners, his ability to share his knowledge and experience with other players has been invaluable.

“His re-signing demonstrates the club’s clear ambition to continue the growth from our successful last season.” 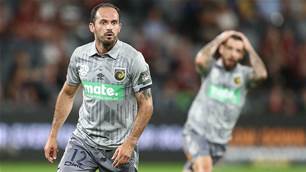 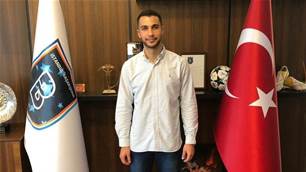