Central Coast Mariners will have extra support from a unique group of Vanuatuan supporters when they take on Green Gully on Tuesday in the FFA Cup.

The Mariners supplied old uniforms and boots to a village in Vanuatu following last year’s tropical Cyclone Pam which devastated the region.

Central Coast captain Nick Montgomery’s friend Danny Barton, who grew up in Vanuatu, led the charge in rebuilding on the ground before the Mariners got on board. Now a group of the villagers are headed for Green Gully Reserve in Melbourne suburbs on Tuesday to support the Mariners.

“Last year the Mariners got a load of old kit and sent it out to Vanuatu,” Montgomery said.

“Now we’ve got a massive supporters group out in Vanuatu in the villages.” The group of fans attended the Mariners’ recent pre-season friendlies against the club’s Academy and Central Coast Football XI at Pluim Park.

“A couple of them have actually come over for the first time away from the village, my friend Danny has brought them over,” Montgomery said.

“They came to watch the pre-season game last week in Pluim Park and now he’s flown them to Melbourne.

“They’ve gone from never seeing an airplane or TV to being part of the FFA Cup dream watching the Mariners.

“It’s an amazing story. Hopefully we can get a result for them.” 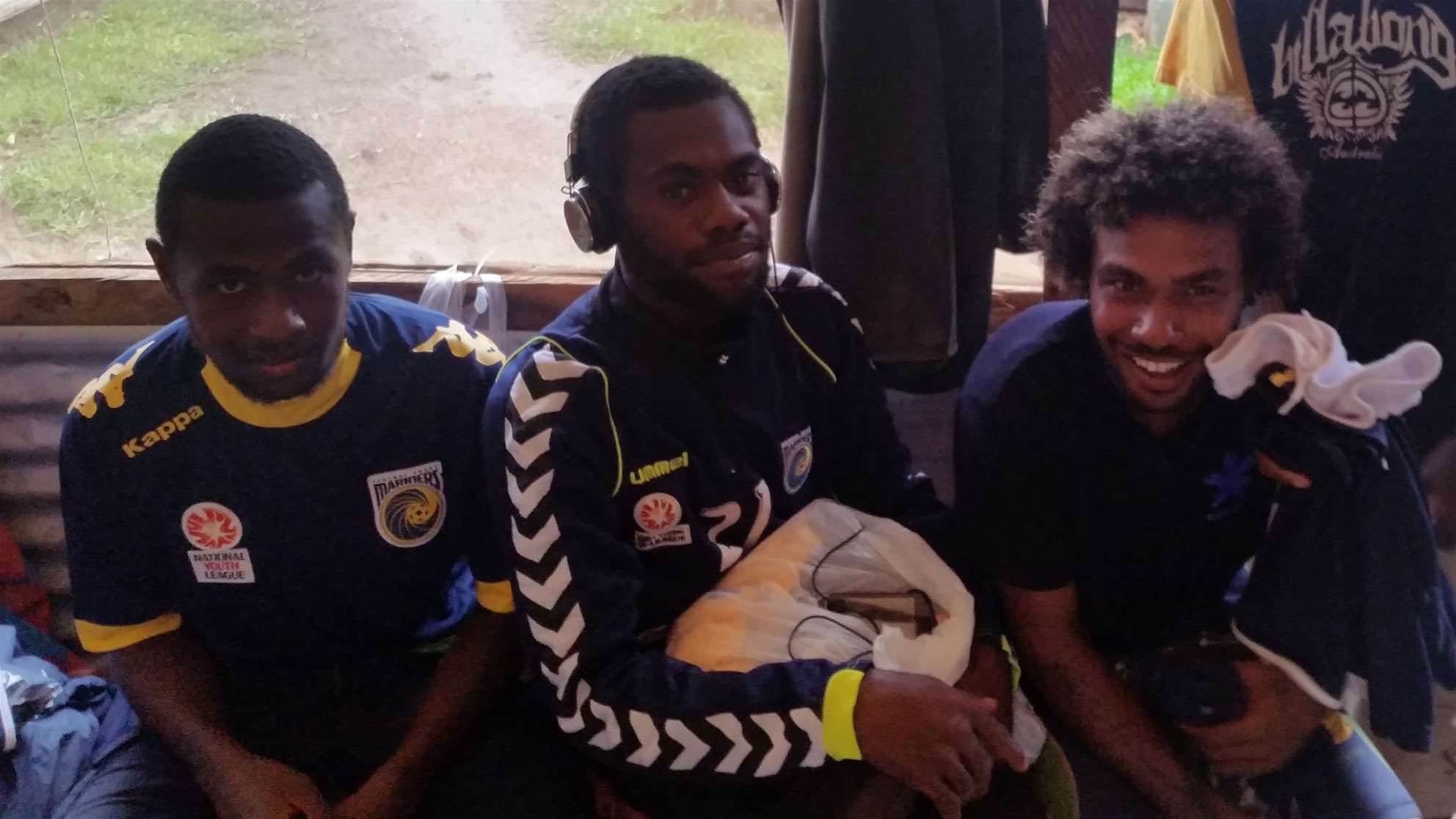