Veteran forward Scott McDonald has warned his Brisbane Roar teammates not to let their mentality slip for Friday's A-League clash against Central Coast.

McDonald will draw on his experience with Scottish giants Celtic with Roar hot favourites to beat  bottom-placed Mariners at Suncorp Stadium and continue their charge towards the finals.

Last weekend's impressive 3-1 dismantling of Western Sydney Wanderers has taken the Roar to fifth on the ladder, just one point outside the top four.

The Mariners meanwhile head north having slipped to an eighth straight loss on Sunday against Wellington.

McDonald regularly dealt with the expectation of an easy victory during his time at Celtic and said he knows better than anyone how much the Mariners will be eager to upset the odds.

"This week's going to be one of the toughest games that I've played since I've been here because when you play against these types of teams you're expected to go out and have a performance and win," McDonald told AAP.

"On the form book you should win easily, so they say, but it's not always that case.

"You've got to go with the same humility and same professionalism, same hunger as what you did the previous week with someone that's breathing down your neck.

"It's important that you have that same mindset when we play Central Coast or else you can find yourself in danger."

McDonald opened his account for the Roar with two goals in the win over the Wanderers.

Having made a mid-season switch from Western United, the ex-Socceroo firmly believes Robbie Fowler's team has the ability to be a big threat in the finals.

"As a senior player, you've got to keep driving that and enforcing that home to the younger players that something special is happening here and could happen for us," he said.

"The last 11 games, the two defeats that we've had, we've been narrowly defeated against the two top sides at the moment away from home.

"We felt we could have got more out of those games and the other games we've done exceptionally well." 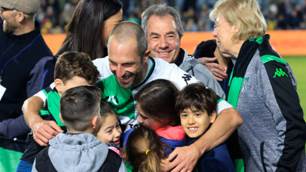 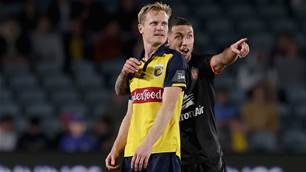