The Reds are in the west looking for their first win of the season tonight as they take on Perth Glory, who are coming off a 4-1 belting from high-flying Sydney FC.

United will be without injured pair Henrique and Sergio Cirio for another three to four weeks, but McGowan says it is lapses of concentration not a loss of troops that is costing his side.

And he added tonight was as good a time as any to stop the rot.

“If I knew (when we’d win) I’d be coaching and earning more money than what I’m on now,” McGowan joked.

“I think Perth is as good a night as any, but we’re not kidding anyone on saying this was our plan to be in this position.

“We wanted to go out and win round one and didn’t happen. We’re slowly getting better and hopefully it’ll come together Friday night.

“We didn’t win much in pre-season either, we didn’t have a good run in the FFA Cup, we got knocked our early doors.

“Even the games against the A-League sides, we weren’t winning them. In terms of that winning mentality, we’re struggling for it at the moment. We really need to pick up on that, if we win against Perth hopefully it starts a roll.”

Despite the negatives, McGowan saw last week’s 1-1 draw to Brisbane Roar as a sign the team was heading in the right direction.

“Our performances are slightly better but if we continue to compare us to last season it’s not going to do us any good,” he said.

“Last season we went on a phenomenal run, but we can’t bank on that happening again, so we’re going to start picking up points and hopefully (tonight) is when we start

McGowan added: “You always have the faith.

"We think we’re a good side and whether that amounts to going on a run like last season or whether we pick up more points and make the top two then so be it.

“I think teams are stronger this season than they were previously so we’re going to have to rise to that."

Adelaide sit last on the table with just two points in six games having conceded 10 goals already in this campaign.

The tall defender praised the system they had a the back, but lamented the consequences of lapses which led to soft goals.

“It’s always the first thing which gets blamed when you’re not winning games – the defence,” McGowan said.

“I think in terms of giving away chances, we haven’t been too bad. We’ve been getting punished for little moments of slackness. If we tighten up a little bit, I think it’ll go a long way and that takes the pressure off the forwards.” 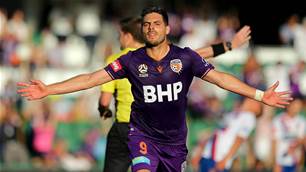 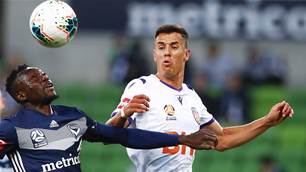