Striker Joey Katebian is enjoying life at his new business Coffee Nerd in Melbourne and also has his eyes on a return to professional football.

The 22-year-old has banged in seven goals in 15 games for Avondale FC this season in NPLVIC and his side take on Marconi Stallions at ABD Stadium in the FFA Cup Round of 32 on Wednesday night (7.30pm).

The clash adds extra interest in Katebian’s workplace as his business partner, Anthony Ferrara, was a former goalkeeper at Marconi.

Katebian returned to Melbourne last year after being released from Brisbane Roar. It was good friend Emily Coppock who originally got him into making coffees in Vermont, Melbourne.

He now currently runs Coffee Nerd inside a barber shop called The Barber Anth which is owned by Ferrara, located on High St, Preston.

“I wanted to get back into a routine after Brisbane, Emily worked at a café over in Vermont and I asked her ‘if you need anyone, I’ll come down and help out’,” Katebian told FourFourTwo.

“She taught me how to start making coffee and I ended up learning myself. It was just after repetition I started to get decent at it.

“I moved to Preston, saw Anth’s shop and I saw some people come out with some cool haircuts, so I thought ‘why not, I’ll support the local and give it a crack’. 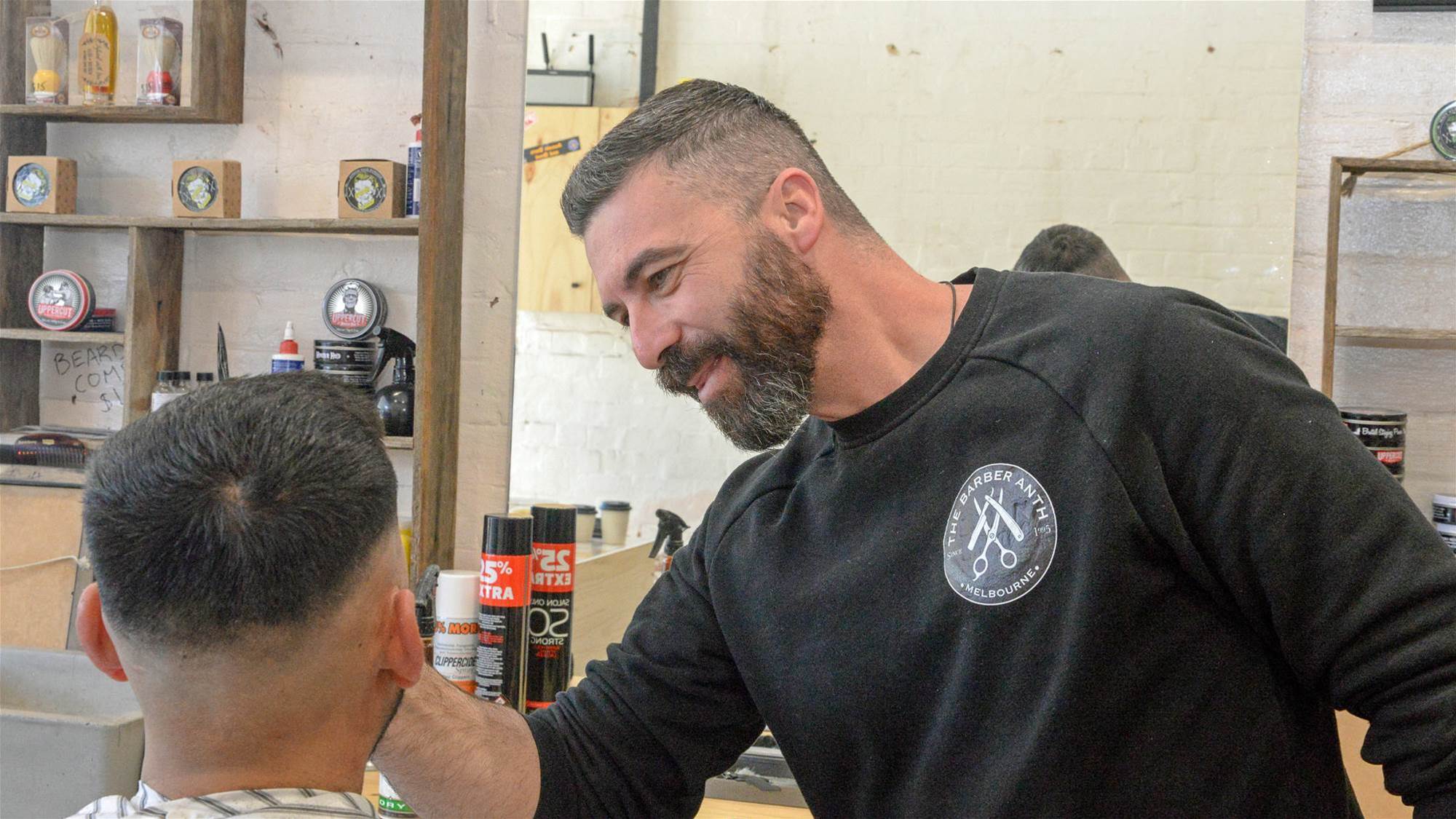 The Barber Anth was a former Marconi gloveman... By Sam Anfield Photography

“As soon as I walked through the front door, Anth and I clicked. He told me how he played for Marconi back in the day and how I play football myself - we had a lot of similar interests and that’s how it all began.

“I had a chat to Anth and we came to an agreement that I’d chuck a little coffee stand in there. I’ve always had a passion for coffee and I drink a lot of it.

“I don’t sleep in much, so I get up in the morning and open the shop. I live close, so that helps. I just walk to work and then we have training and games at night, so it doesn’t impact my business at all.

“I love making coffee, it’s a good service to the people and I know a lot of people love it.

“Anth was loving it when we got drawn with Marconi in the cup. He’ll be at the game, I’m not sure who he’ll be supporting, but hopefully it’ll be me.”

While Katebian is loving Coffee Nerd at the moment, he still has bigger fish to fry and has plans of returning to football’s top flight.

After Brisbane released him in May last year, Katebian found himself trialling in Armenia and was also observing football in Thailand. Come in and say hello! By Sam Anfield Photography

The striker said the minutes at Avondale will be beneficial for keeping sharp and was grateful for the opportunity they have given him.

“Being back in the thick of it and playing again, it was my struggle at Brisbane and I didn’t get much of a chance to play,” he said.

“I’m now playing week-in and week-out. We’re sitting third on the NPL table and hopefully we can push for that top-two spot and win.

“I’m still young. There’s no issue that you can’t start another life beyond soccer. I’m still pursuing a professional career and I’m not ready to give that up yet.

“It’s what I want to do in the future, Coffee Nerd is a stepping stone into a café when I’m older. It’s a learning experience.

“With game time at Avondale, I’ll be going into future trials with confidence. It’s hard to get a deal with clubs these days without trialling, especially coming from semi-pro. It helps getting minutes and goals.

“It’s a family club with a good board and I think that’s helped us boys get along in the dressing room.

“My mum, Carole, has helped a lot. A lot of my friends know she’s my No.1 supporter and she’s always at the games and I’m sure everyone can hear her.

“She’s been there from day one, even with the coffee business, she’s always helping with setting it up and making sure I’m on track. She’s been a massive influence and I want to do well for her.” 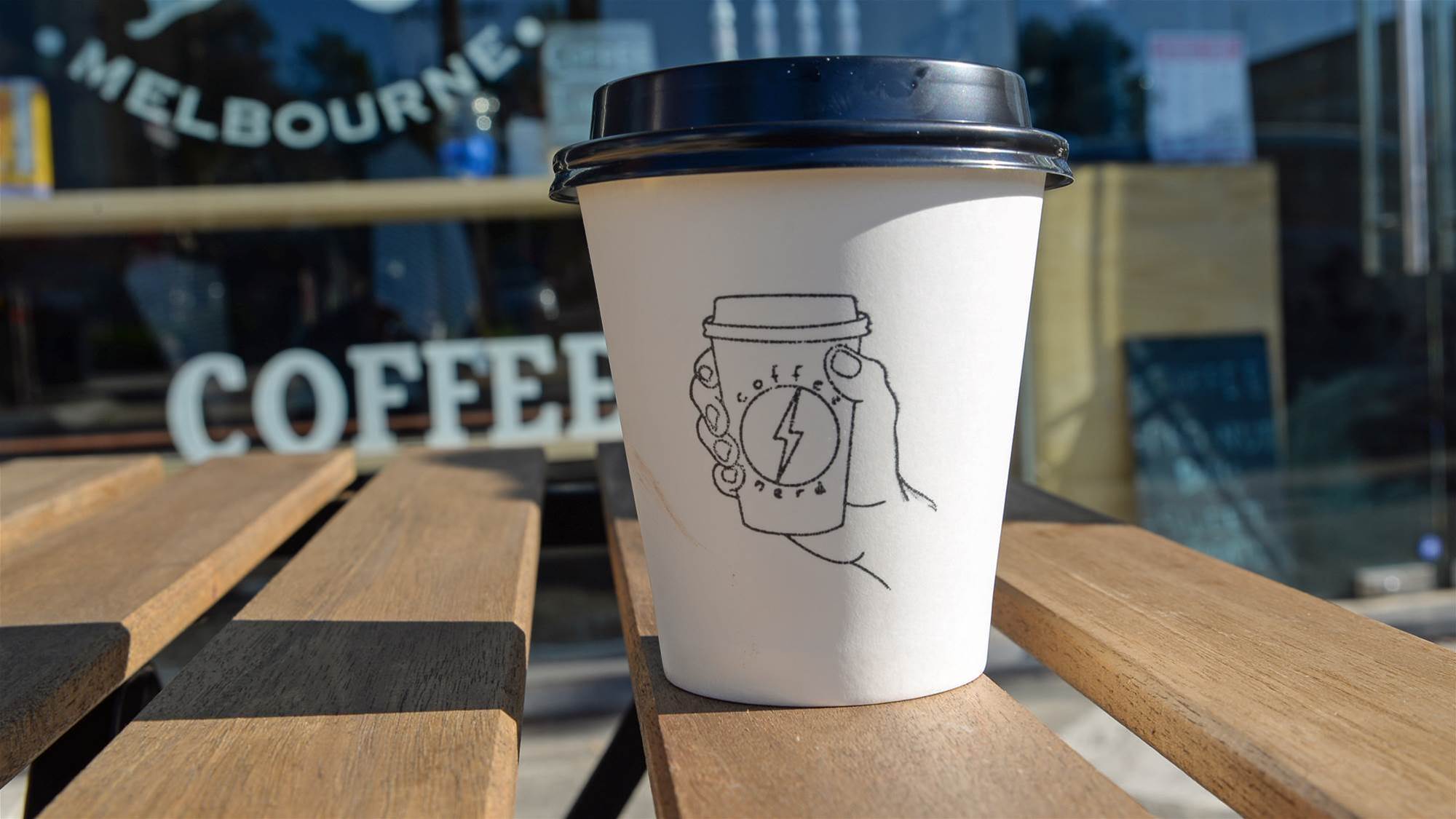 Katebian also said he would love to expand his business overseas one day.

“It could work if I made it professionally overseas with football and I could bring Coffee Nerd over there,” Katebian said.

“It’s one for the future, but it’s a good prospect.

“I am looking overseas and keeping my options open. I would love to explore possibly the US or even Asia.”