St Pauli striker Alexander Meier is the striker for the Western Sydney Wanderers next season, according to the Daily Telegraph.

Meier is on a plane to Australia today and is set to be unveiled by the club tomorrow after his imminent arrival was announced by WSW coach Markus Babbel before last night's FFA Cup loss to Melbourne City.

The 36 year old spent most of career with Eintracht Frankfurt where he notched up an impressive 119 goals in 336 games over 14 years before returning to cult hipster club St Pauli earlier this year where he first started his senior career as a teenager.

in 2014/15 he was was the Bundesliga's highest scorer with 19 goals, despite his season being cut short by injury, and putting him ahead of legends like Arjen Robben and Robert Lewandowski.

But he has struggled for game time since 2017 with just oe appearance for Frankfurt last season but 15 for St Pauli with six goals in 2. Bundesliga this year.

Babbel heralded his arrival last night saying they had found a player who wanted to come to join the club and shine more than just moving to Sydney for the lifestyle.

"I was looking for a player who is different to what we have and also to come with the right reasons," Babbel said.

"Because this is the biggest problem - of course Sydney's a beautiful city ... but this is not the reason to come, to come is to have success with Western Sydney Wanderers and I'm very happy that we could wait so long to find him.

"We were talking on Monday with him, on Tuesday we signed the contract and on Friday he's on the plane.

"So I was talking to him - he comes for the right reasons and I'm very happy that he decided to come to us and I hope he can help us." 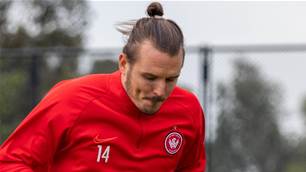 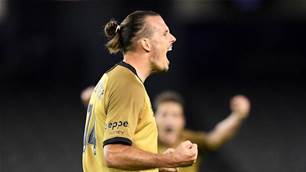 Wanderers' new leader: 'There's going to be bad games, too'