Newcastle Jets coach Ernie Merrick blames the operators behind Video Assistant Referees, rather than the system itself, for the controversies this season.

The VAR has been a main talking point after two rounds of the A-League season, notably in the Melbourne and Sydney derbies.

Sydney FC led Western Sydney Wanderers 2-0 in the second-half on Saturday night, before Roly Bonevacia’s goal in the 58th minute was overturned by the VAR.

It appeared Chris Beath had initially overturned it for a Jaushua Sotirio foul on Michael Zullo, but he explained after the match that the Wanderers player was offside and interfering with play – although the referee signalled for a direct free kick at the time.

And in this year's Grand Final against Melbourne Victory, Merrick’s side was a victim of a technical malfunction which allowed an offside goal from Kosta Barbarouses to stand when 30 seconds of crucial video footage went mysteriously missing.

Today the Newcastle boss said the officials behind the screens at the Sydney Derby were being overly pedantic.

“A lot of people have come up with different ideas with the VAR,” Merrick said.

“I don’t think the system is a problem, I think it’s the operators. It’s really the education of the referees, but once again, I don’t think the call that was made in the Wanderers match was a good call.

“An offside player did impede a recovering defender, but I don’t think he was going to get anywhere near the ball anyway.

“No one really noticed. The Sydney defenders conceded the goal and you can see they didn’t worry about it. 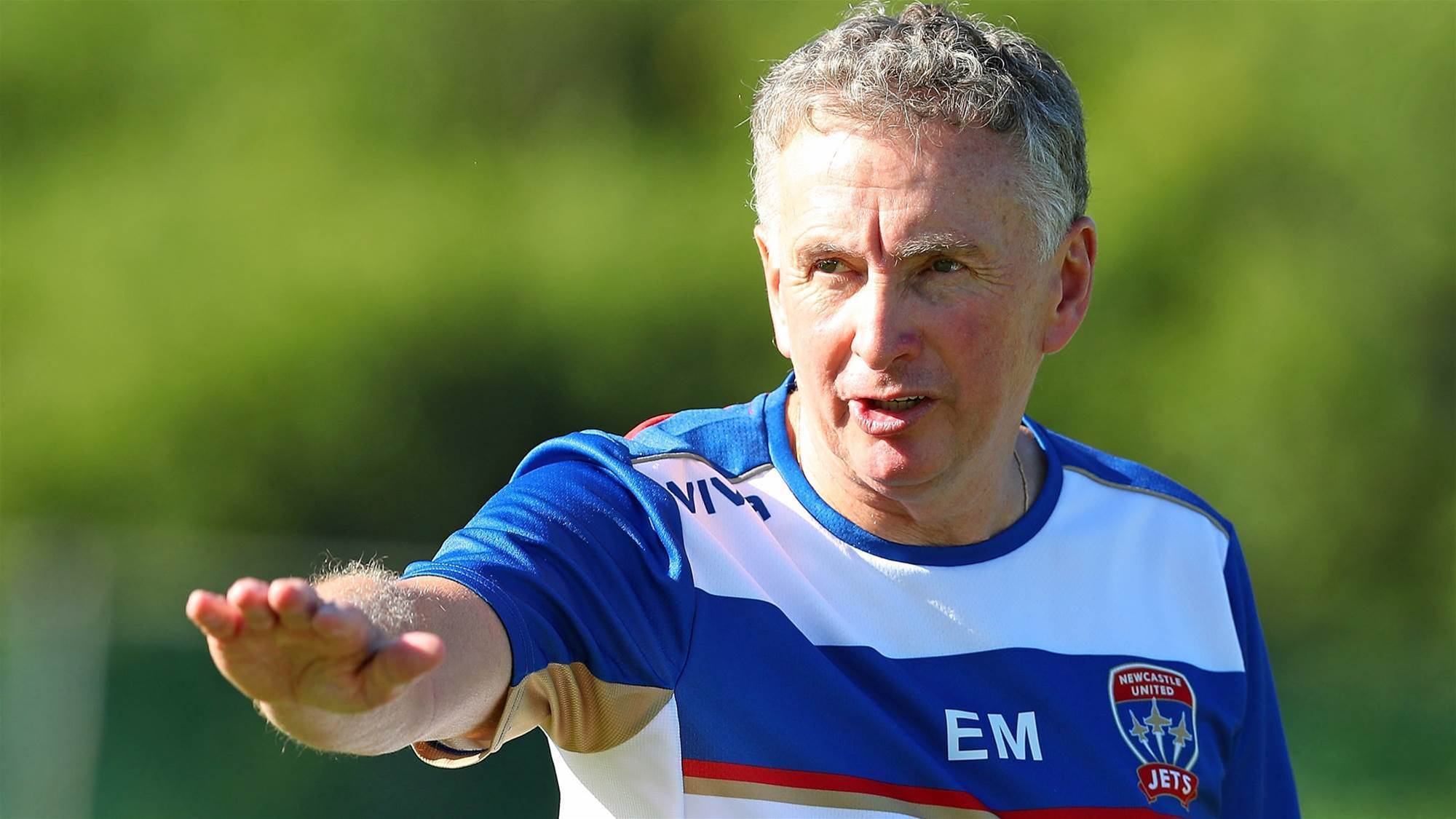 Merrick's side lost the Grand Final last season and the non VAR played a part...

Wanderers coach Markus Babbel reacted angrily to the decision and was subsequently sent off.

After the match pundit Mark Bosnich slammed the decision on Fox Sports, calling for the VAR to be suspended before the A-League loses the majority of its viewership.

“I’m telling you now, this has gone beyond tipping point. You are experimenting with players’ livelihoods.”

Head of A-League Greg O’Rourke told FTBL he would not be commenting on the matter for now.