Newcastle Jets coach Ernie Merrick insists his side have started the season well despite being winless from four games – and has backed his goalless Brazilian import Jair.

Last season's runners-up sit second last on the A-League ladder after four rounds, with only two draws from four games.

But Merrick pointed to his side's encouraging performances, particularly in Saturday's 1-1 draw with reigning Premiers Sydney FC, and said the results would come.

He also backed in his forwards to improve, having scored 57 goals in 27 games last campaign but with a return of only three so far this season.

"They do have a lot of freedom already in the front third," Merrick said. "Jair has only played four games with us. He's still learning how we play and the runs to make.

"I don't see many changes at all, because I think we're playing well."

Merrick expanded on his side's goal scoring issues, identifying what needed to be worked on.

"I think getting the combinations right up front is what we have to work on," he said. "That last pass or second last pass and getting a run that is a bit more dangerous than shooting from outside the box.

"We had six blocked shots that would've been on target (against Sydney). It's not just about shooting, it's about quality shots and accuracy."

He also revealed Nikolai Topor-Stanley had required stitches to his foot after a knock against the Sky Blues, while Kaine Sheppard needed rest during the international break after issues with plantar fasciitis. 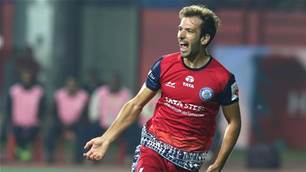