Ernie Merrick has profiled Newcastle Jets' ongoing rebuild, highlighting the squad's promising attacking attributes while admitting further signings will have to be local.

The Jets turned a few heads when they secured 25-year-old Panamanian World Cup striker Abdiel Arroyo on loan for this season, with many highlighting the impressive signing's physique as a potential game-changer for the Hunter-based club.

But the typically stoic Merrick - the same man who sat steely faced through multiple Championships and Riley McGree's world-capturing scorpion kick - is expectedly keeping his cards close to his chest.

"I haven't spoken with Arroyo yet, but I've been watching Panama play in Copa America [actually CONCACAF Gold Cup where Panama reached the quarter finals but got knocked out 1-0 by Jamaica], and he's been playing and training regularly so he should be pretty fit when he arrives," the Scot said.

"I keep hearing about he'll add this X-Factor, I have to tell you I've no idea what an X-Factor is.

"I know what a 'Why' factor is and I don't like why factor players. They usually say 'Why am I playing this position?'" he joked.

"But he's a good signing for us and at 25, I think he's got a lot of growing to do regarding his ability.

"Arroyo had this sort of profile we're looking for: big, strong, very quick and in-behind -the type of player who gets on the end of things.

"Someone who's played that many games as an international must have a lot more skill than perhaps we've seen and I'm looking forward to coaching him." 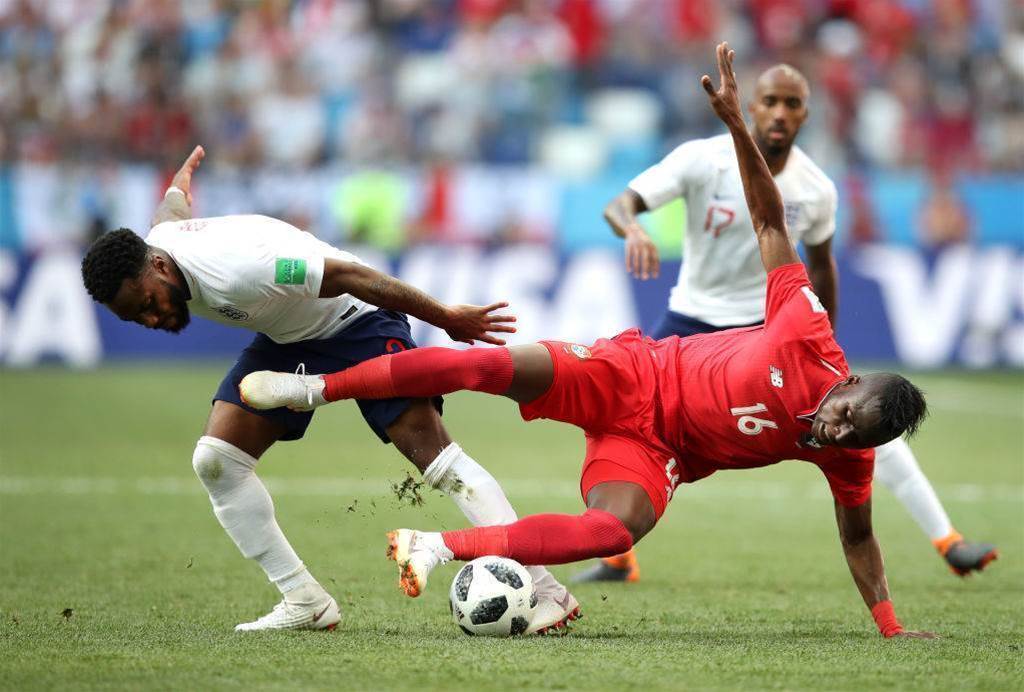 Arroyo tussles with Danny Rose at the 2018 World Cup

Among the multitude of changes around the Jets, the new-look forward line will prove the most interesting approaching next season. Newcastle registered the most shots of any A-League side last season, with the lowest conversion rate.

They also suffered the indignity of transforming from Grand Finalists to missing finals over the course of a season, quickly forfeiting the momentum - and crowds - they had gained through 2017/18.

But Merrick is remaining positive on a relatively low budget, highlighting the capacity of his squad - which he noted throughout last season had some of the most promising youth in the competition - to significantly improve with what they already possess.

"We've also got Nick Fitzgerald, who has 170 games under his belt and I think he can become a good goal scorer," he noted.

"We've got Matty Millar, who has had an absolutely outstanding season last year and I think he'll be a huge addition to our backline going forward. An attacking fullback, which is exactly what we're looking for.

"And of course we expect younger Angus Thurgate to be a regular now. So we have 19 players signed. Hopefully we can take them to the next level and we'll certainly be aiming for the finals this year."

In Nigel Boogard, Nikolai Topor-Stanley and Dimi Petratos, the nexus of Newcastle remains, with or without Roy O'Donovan.

And despite fastidiously taking notes throughout the off-season on how he can better communicate his ideas, Merrick insists the style will remain as well.

"We wouldn't change the way we play," he insists. "We've got strikers upfront who get in behind more than come to, and we've got a number 10 that delivers the ball into them.

"I've got two fullbacks who overlap, so nothing's going to change too much and we've scored the last two seasons, more goals than the club has ever scored. So we intend to keep the goalscoring up as well.

"Dimi (Petratos) did a fair amount of training with the national team so he's having a bit of a break just now, he comes back in on Monday. Nigel and Nikolai are upstairs having a cup of tea.

"We'll leave that to look towards the 19 players who have signed. I'm very happy with the quality and the balance that we have."