The 27-year-old has agreed a January move to San Siro, when his contract at CSKA Moscow expires, but the Serie A side have also attempted to bring him in sooner.

However, with a deal between the two clubs stalling, Galliani has suggested Milan may well abandon the deal and wait for Honda to arrive mid-season.

He said: "As regards Honda the situation is very clear. He has taken a decision (to leave) and has informed his club about it.

"CSKA Moscow currently have the player under contract and so if they want to give him to us, we will take him in August.

"If they don't want to give him to us, which is their right, Honda will join as in January on a free transfer.

"Do we only have until 19 August? No, the transfer market closes on 2 September. But it's clear that the longer it goes on, the less interested we become."

Milan will play their first competitive game of the season on Tuesday when they tackle PSV Eindhoven in the UEFA Champions League play-offs at the Philips Stadion.

Mario Balotelli had been a doubt for the game after picking up a knee injury, but Galliani is confident the Italy striker will be fit to feature.

"His knee is improving and I also spoke to (manager Massimiliano) Allegri, who told me that he should be ready for the match," he added

"Physically and psychologically AC Milan are in good shape. I saw the team play in Germany and the United States. I think the team are looking good, but we will see." 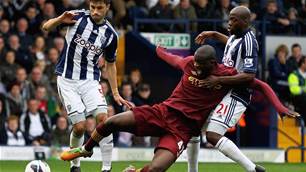 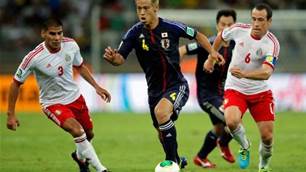 Honda: If I go to a big club, I will improve