Mile Jedinak has finally made it back on the field for Aston Villa after nearly four months on the sidelines.

Jedinak came on as a sub on Saturday for the final five minutes of Villa's 2-1 win over Ipswich Town.

It was the midfielder's first Championship fixture for the Villans since September 28 last year.

The former Socceroo skipper has been frozen out at Villa Park since manager Dean Smith took over from Steve Bruce.

Jedinak has been on the bench for seven of the club's past 19 matches, but only made it on the field on Saturday against Ipswich.

The Australian has also been unavailable for selection for several weeks with a calf injury.

Off-contract at the end of this season, Jedinak is expected to depart Villa in June. 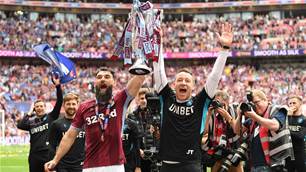