Mile Jedinak's Aston Villa are back in the English Premier League, ending a three-year absence after beating Derby County 2-1 in the playoff final.

Anwar El Ghazi's headed goal just before half-time gave them an early lead and the victory was then sealed in the second half.

A goalkeeping gaffe in the 58th minute saw John McGinn sneak in to score.

Derby hit back in the 81st minute through Jack Marriott to give the Rams some hope.

But they couldn't conjure an equaliser and promotion was secured for Villa.

The Midlands club were relegated from the top flight in 2016.

They reached the playoff final last year but were beaten at Wembley by Fulham.

But 12 months later they made no mistake at the famous London ground.

Jedinak was on the bench but did not get on to the field.

The ex-Socceroo skipper's future at Villa Park is unclear as he is currently off-contract.

He has been linked with a potential return to the A-League.

Jedinak has only made 18 appearances this season and has been largely left out after Dean Smith took over from Steve Bruce.

But the veteran midfielder featured in six of Villa's last nine games, often as a makeshift centre back.

The 34-year-old also scored a penalty in his side's penalty shootout victory over West Brom in their second leg playoff tie. 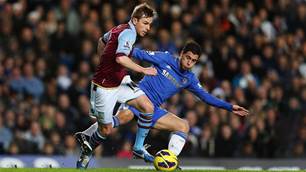 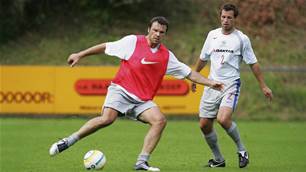