Former Socceroos captain Mark Milligan says Macarthur FC's ambition was crucial to his decision to sign with the A-League newcomers.

Milligan has joined the Bulls as a marquee player on a multi-year deal and is their fourth signing after Tommy Oar, Denis Genreau and goalkeeper Adam Federici.

The 34-year-old, who has 80 Socceroos caps to his name, said coach Ante Milicic's ambition had drawn him to Macarthur.

"I know Ante's passion and the club's passion to be successful. Even with the early signings he's shown the intent of wanting to be very successful," Milligan said on Friday.

"The chance for me to be a part of a new set-up - to help form the club going forward and set the culture within the change room and the players that come in is exciting.

"I want to see not only Macarthur succeed but obviously the A-League (too).

"I want Australian football to be successful going forward and this for me was the right place to come and not only help the A-League but be a part of a successful new franchise."

Milligan has previously enjoyed A-League success with two of the competition's most-decorated clubs.

He won the A-League championship with Sydney FC in 2006 and captained Melbourne Victory to a premiership-championship double in 2014-15.

He also played for Victory in 2017-18 before departing for Saudi club Al-Ahli and going on to play for Scotland's Hibernian and then Southend United.

Milligan also enjoyed a decorated career with the Socceroos before retiring from international football in December.

He attended four World Cups and three Asian Cups - including winning the 2015 tournament on home soil.

Milicic described Milligan as the type of character and player to set standards and push the club forward on and off the field.

"When you're looking with a start-up club, it's very important that you bring the right type of players to the football club," Milicic said on Friday.

"With Mark, it's not just the player, it's the person.

"He's a professional, (he's been to) four World Cups, he'll drive the standards - and that's daily." 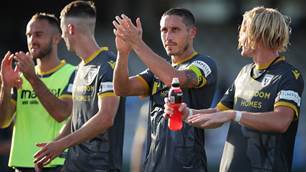 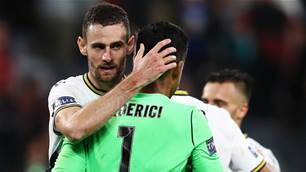 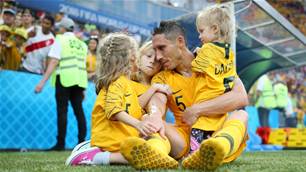 'So many people gave up so much for me': Socceroos, A-League legend retires