Socceroos coach Graham Arnold knows he has a wealth of experienced options to pull on the captain's armband, with Mark Milligan ruled out of Tuesday's opening World Cup qualifier against Kuwait.

The veteran defender was sent back on Monday to his English League One club Southend United after picking up a minor leg injury, most likely aggravated by playing fatigue.

Melbourne Victory youngster Thomas Deng will plug the gap in the backline, but Arnold is yet to decide who will skipper the side in the 34-year-old's absence at Al Kuwait Sports Club Stadium on Tuesday from 6:30pm (1:30am Wednesday AEST).

"One thing I've tried to do since I've come into the job is not rely on one leader. We've got a leadership group of five or six of the experienced that have to take responsibility for driving this team forward, both in and around the camp and also on the field," the coach said.

"I'll think about that over the next 24 hours."

He also confirmed there were no issues with the rest of the squad after a week of acclimatising in Dubai.

"The rest of the boys are fine; the boys have great energy," Arnold said.

"We've had a very good week in Dubai, training tactically with a few things, and just getting the boys to connect together ... we're looking forward to the game tomorrow night."

The coach is also pleased with his playmaking options for the match, with Brandon Borrello, Ajdin Hrustic, Craig Goodwin and others available.

"Yeah, and look, for the first time in 12 months, I've got Aaron Mooy. I only had him for two games in November and haven't seen him since. You know, he's a Premier League player in England that adds a lot of quality. (Awer) Mabil is doing excellent in Denmark," he said.

"So I do believe we've got the players there ready and, as I said, I'm excited to see how they perform tomorrow night."

Intense heat is one factor favouring the hosts with the temperature forecast to be above 37 degrees during Tuesday's match.

There will be two drinks breaks in each half and Arnold believes hanging onto possession will be seminal.

"Keeping the ball - make the opposition run. The ball doesn't get tired; the ball can move all day," he said.

"So it doesn't matter what the conditions are like, keep the ball and make the opposition work." 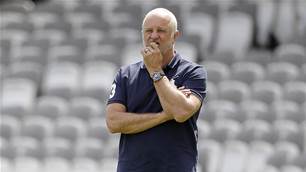 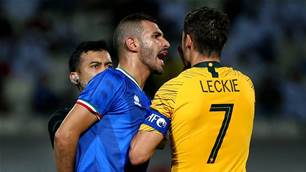 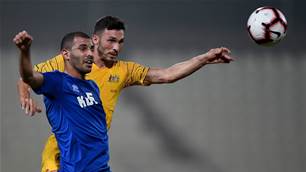 Kuwait claim the pressure is on all Socceroos