Jamie Young has predicted new Brisbane Roar boss Warren Moon to a be a hit in the A-League and make his mark in professional football.

Moon took over at the Roar last month after Robbie Fowler's exit.

It is Moon's first A-League coaching job and under him the team has managed one victory, two draws and a loss since the season resumed.

The England-born coach is only 38 but has been coaching for the past eight years after joining NPL Queensland coach Peninsula Power.

Young has been impressed with Moon's impact at Brisbane.

"The players have bought into his philosophy," he told FTBL.

"It’s exciting, even in this short-term, to see the response that we’ve had from the players as well was the results we’ve had. It’s a credit to him coming into such a difficult circumstance.

"It’s clear he cares about the wellbeing of the players, he’s an astute tactician and I think he will bring something different to coaching in Australia in general. There’s not many coaches who have his attitude towards coaching, and that’s really exciting I think.

"He’s got a very clear game model, and that model is quite malleable and flexible, in the same way that’s rigid. He’s very interested in player motivation and how that impacts player behavior and performance on the pitch.

"One great thing I feel about Warren is that he actions culture. So he drives accountability of an established body of values versus just having a body of values and doesn’t drive them. What I’m saying is he's someone who walks the walk, and doesn’t just talk it.

"He retired early from playing, got into coaching early and comes with a lot of experience of many different philosophies and game models and has got one that he feels embodies him. It’s up to us as players to drive that game model and I think you can see that on the pitch."

The Roar finished fourth in the regular season and take on Western United in the semi-finals.

Young believes the former Brisbane Strikers and Queen of the South midfielder can "go far" in coaching in Australia.

"As a different coach that he is, understanding player motivation, he’ll add another layer to what other coaches don’t have," the goalkeeper said.

"Because he doesn’t just have an anecdotal perspective on player motivation, he has a theoretical one that he can apply." 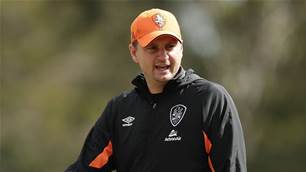 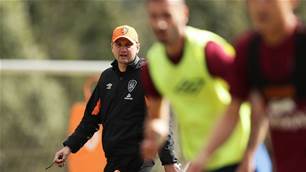 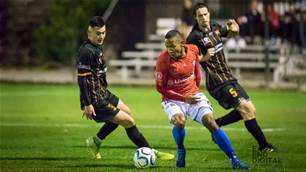 South American ace is over the Moon with local stars