Aaron Mooy and Maty Ryan's dual bid for English Premier League survival rolls on after their clubs played out a 1-1 draw.

Both Huddersfield Town and Brighton & Hove Albion are fighting to avoid the drop with five games of the season left.

The Terriers sit in 16th place on 32 points, only four points above 18th-placed Southampton, while the Seagulls are in 13th spot on 35 points.

Brighton hit the lead at the Amex Stadium in the 29th minute through Solly March. But then three minutes later Steve Mounie equalised for the visitors.

With 16 minutes left Brighton's Davy Propper was sent off for a challenge on Jonathan Hogg.

The home team held on to grab a vital point.

FT: Ten-man Albion move a point closer to @PremierLeague safety. March opened the scoring before Mounie’s equaliser, and Propper saw red in the second half after a 50-50 challenge. Frustrating afternoon for the Seagulls at the Amex, but another point. #BHAFC 1 #HTAFC 1 #BHAHUD pic.twitter.com/YFCtqM8ntx

"It was a good performance from my side," Huddersfield manager David Wagner said.

"We played decent football and in truth both sides could have won or lost this game. Over the majority of time, we did very well. I’m proud and pleased with that away performance. We can build from this when we return to the John Smith's Stadium next weekend.

"The players showed bravery on the ball and togetherness. We fought until the final second and played some decent football. Both teams wanted to win." 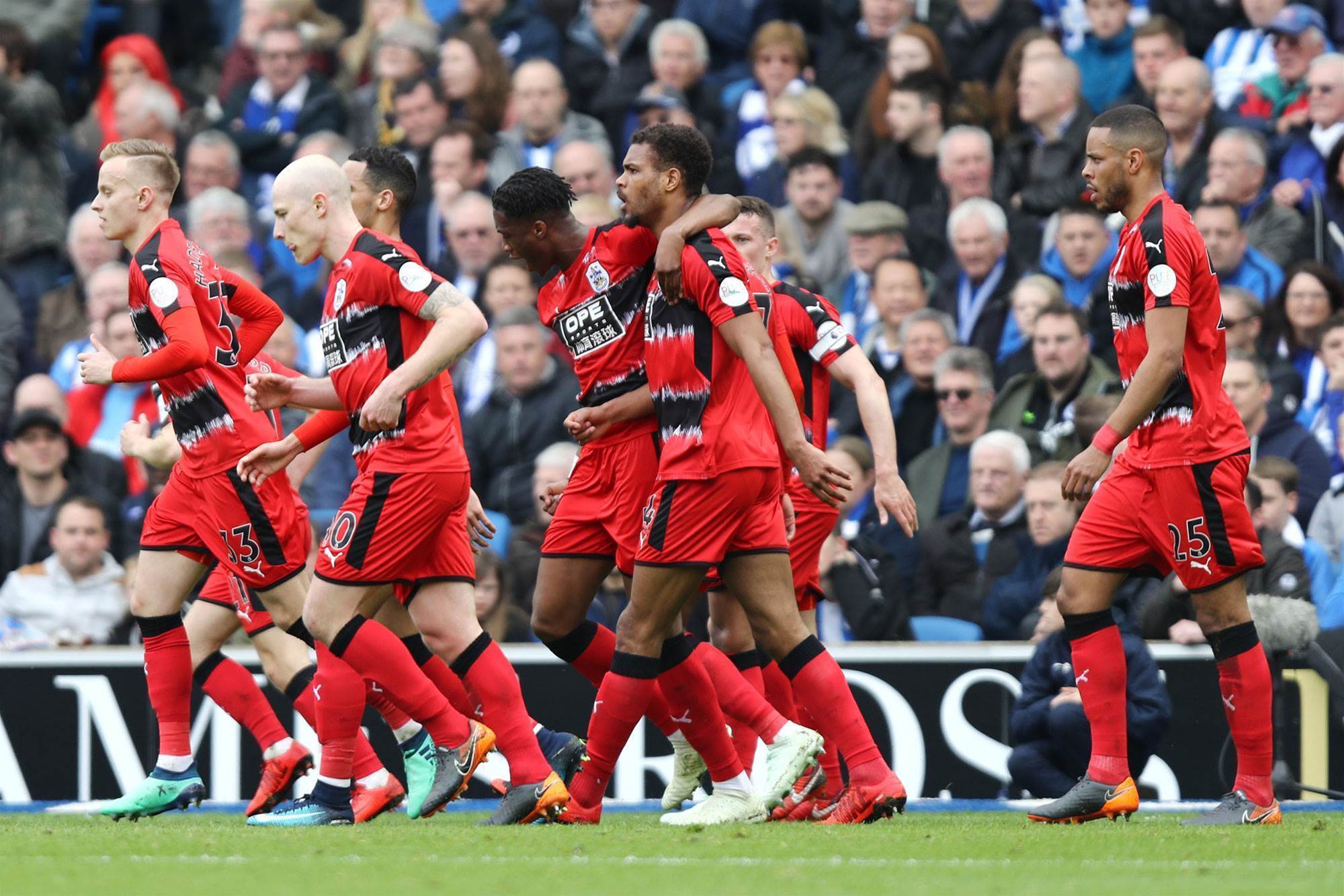