It was one of the biggest surprises of this and many other transfer windows when Brighton mainstay and Socceroos icon Mooy suddenly jumped ship to the Chinese Super League.

At just 29, Mooy's transfer left many Australian fans scratching their heads at why the Aussie star had left the Premier League when he appeared to have much more to give in Europe.

Mooy has been in quarantine in China since arriving from Brighton but upon leaving to join his teammates in Suzhou, spoke to Chinese media about the move.

"I'm very excited about the new challenge in my life," said the 30-year-old. "Some friends of mine have played in Chinese leagues before, and they have said great things about China. I can't wait to train with the team and help the club reach its goal for the season.

"The Chinese league is trying to grow, much like the Australian league. It's a big club that I'm joining. The team wants to play attractive football. As a midfielder, I'd like to get involved in passing, tackling, as much as possible... My personal goal is to win titles with the team."

Mooy will play in one of two CSL hubs as China attempts to remain insulated from possible further outbreaks of COVID19, as the league is separated into two conference style systems.

Shanghai, in Group B, currently leads the Suzhou-based competition. Mooy was officially unveiled to the public on Wednesday and will wear the number 19 for SIPG.

Mooy joins a star-studded Shanghai lineup this season and will feature in a midfield alongside Hulk, Marko Arnautovic and Oscar, to name a few. But despite Brighton's claims that they were already ready to offload Mooy and the rumoured $160,000 per week contract, it clearly wasn't an easy decision for the Mooy family.

He will be leaving behind his Scots-born wife Nicola - whom he married in Glasgow three years ago - and his two young children Skye, 5, and Max, 2, in the UK. His wife, Nicola, took to social media to bid the star an emotional farewell recently.

"I wish my husband the best of luck in China and I’ll see you when I see you." 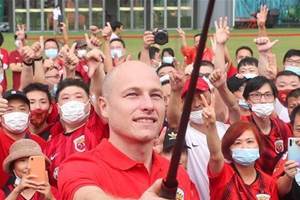 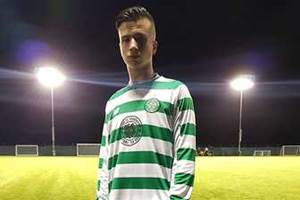 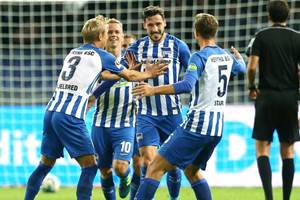 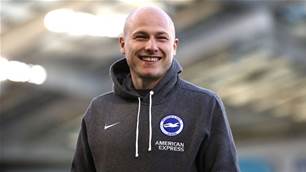