Mat Ryan and Aaron Mooy combined force to star as Brighton & Hove Albion snatched a stunning 2-1 win at the Emirates Stadium against Arsenal.

It was just Brighton's second away win of the season - and a first ever at Arsenal - that lifted them above Aston Villa, West Ham and Bournemouth into 13th.

Both Aussies started the match as Brighton were looking to shock the Gunners after three losses in a row.

Adam Webster got the ball rolling for Brighton scoring in the 36th minute before Alexandre Lacazette equalised early in the second half.

Ryan had a battle on his hands, saving Joe Willock's header with his feet in the first half.

Enter Aaron Mooy, who had a spectacular match at left midfield, took on Hector Bellerin and cut in to cross to Neal Maupay who headed in the winner on 80 minutes.

Mat Ryan got in on the action again, ensuring Brighton left London with three points, denying Gabriel Martinelli with a terrific save at the end of the match.

The win hoists Brighton up to 13th in the Premier League table with Mooy adding his first assist of the season and pundits giving him the man of the match award.

"It's a wonderful feeling after three tough games," Potter told Amazon Prime Video Sport. "It is always nice to bounce back with a win at a place like this.

"Lots of our play was good. Nice finish and great ball from Aaron Mooy, who I thought was fantastic all game ...

"It's confidence, it's belief and we have played good teams recently. Our performances mean we can pick up points in this league. Credit to our players, they did what an away team have to do. That's what I'm really proud of." 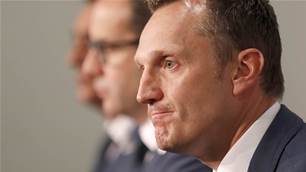 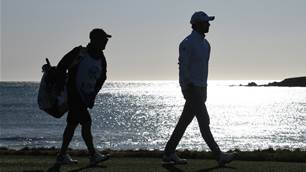 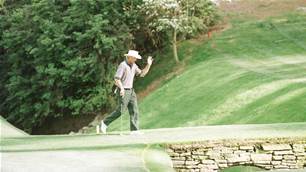