Having spent the A-League's shutdown studying the strengths and weaknesses of his side, Melbourne City Head Coach Erick Mombaerts is eagerly awaiting the end of the "too long" break in play.

Following the announcement of the A-League's return, City's playing group returned to the training track on Tuesday afternoon - taking part in organised sessions with teammates for the first time since the competition was suspended in March.

Unlike a number of A-League clubs, City did not stand down its playing group during the shutdown, meaning that there was a greater level of coordination available between the club and its players compared to some of their rivals.

And it's seemingly paying dividends, with midfielder Josh Brillante, speaking to media on Wednesday, remarking that testing conducted by the club's training staff pegged players fitness levels at roughly an equivalent level to week eight of the club's pre-season.

“I have to congratulate our players," Mombaerts said.

"They respect the physical program we have sent to all of them. Honestly, they are at a good athletic level.

"It’s more about they lost a bit of technical ability because they didn’t touch a ball for a long time. It’s also about combination play, it’s not at the level we had when we finished in March so we have to work more on this. But that’s normal. Physically they are at a good level. 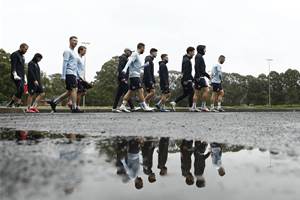 “[During the break] we analysed the game statistics that showed we had good strengths but also some weaknesses.

"As we did this during this break we can work to reinforce our strengths, that’s the main way, but also reduce our weaknesses – especially in defensive set pieces for examples.

"They’re a weak point for us, we can focus on this, maybe also in defensive turnovers.

"We didn’t have holidays, we stayed concentrating and analysing. No holidays or vacation. It was a good break, it was too long, but it was a good break to analyse and improve what’s going on." 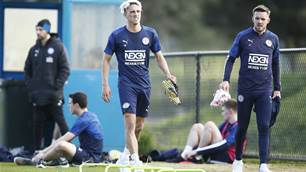 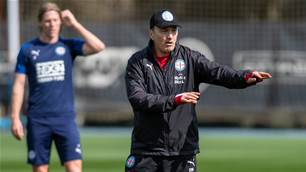 City boss back in charge after Covid scare