Brisbane Roar coach Mike Mulvey was satisfied after staying in the A-League finals race with a determined 0-0 draw against Newcastle Jets.

The Roar showed patches of their championship-winning form in the rain-soaked match with the result keeping the Queensland side just two points out of the six with five rounds remaining.

"It keeps us alive – that is the main thing," Mulvey said after the match.

"Is it a point gained or two points lost? I think you have to look at it as a point gained simply because it keeps us within striking distance of Newcastle.

"It is a point away from home. We were the team that has played our fourth game in 10 days and I don't think you could tell the difference."

The Roar kept the Jets at bay early before it looked like they had grabbed the lead when former Newcastle man Jade North poked the ball in from a Thomas Broich cross moments before half-time.

However, the assistant referee had his flag up for offside.

"I haven't seen it but Corey Brown, who was out 16th man, was sitting upstairs and he said it was definitely a goal," Mulvey said of the disallowed goal. "So that is disappointing but that is football and these things happen. We are not going to dwell on it.

"We are going to focus on the positives and that is we had another positive performance, we were much more cohesive at times, we created good chances but it just wasn't our night in front of goal.

"And I thought a real positive was it was our third clean sheet in the past three games if you discount the penalties."

Mulvey said there was a positive undercurrent within the club and they are starting to gain some consistency at the pointy end of the season.

"We have turned things around at the club. We now have everybody rowing in the same direction. Once you have that you can start striving for success," he said.

"The next thing is to work on our methodology and make sure our passing is better, our movement is better and our control of the game. At time there were glimpses of that tonight.

"Performances are improving and hopefully we will be good enough to get the three points next time.

"I am looking forward to the next five games now. There is something to look forward to."

The Roar boss acknowledged that they have a difficult task in front of them to make the finals with their next three matches pivotal to their season.

"We have Adelaide next week then the Melbourne Victory and then the Central Coast Mariners – three teams out of the top four," he said of the upcoming run of games.

"But it doesn't matter who you play there are no easy games and there is not much between every team. I think 10th beat first last week. We are going to Adelaide – we won there a number of weeks ago and there is no reason why we can't do it again." 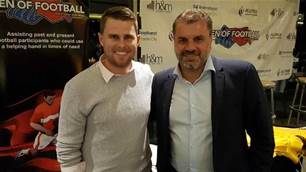 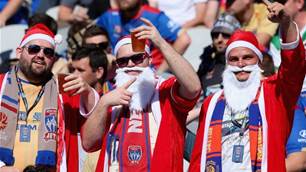