A brilliant Ahmed Musa brace lit up Volgograd Arena as the Super Eagles soared past Iceland 2-0 on Saturday morning (AEST).

After a goalless first half, Ahmed Musa fired in a double for Nigeria (49', 75') to get their World Cup campaign off the mark.

The Leicester striker showed too much guile and pace for the Icelandic team, which seemed to be melting in the heat.

But his jubilant celebration left a bloody mess of Ragnar Sigurdsson. The centre back was substituted 15 minutes later after an accidental knee to the back of the head.

Iceland did have a chance to claw one back from the spot only for Gylfi Sigurdsson to fire wildly over the crossbar (82').

The result throws a lifeline to Argentina who were in danger of being knocked out of the tournament in the group stage.

Croatia are already through on six points, but all three other teams are capable of progressing.

Nigeria Faces Argentina, while Iceland take on Croatia in the final round of Group D on Wednesday morning (AEST). 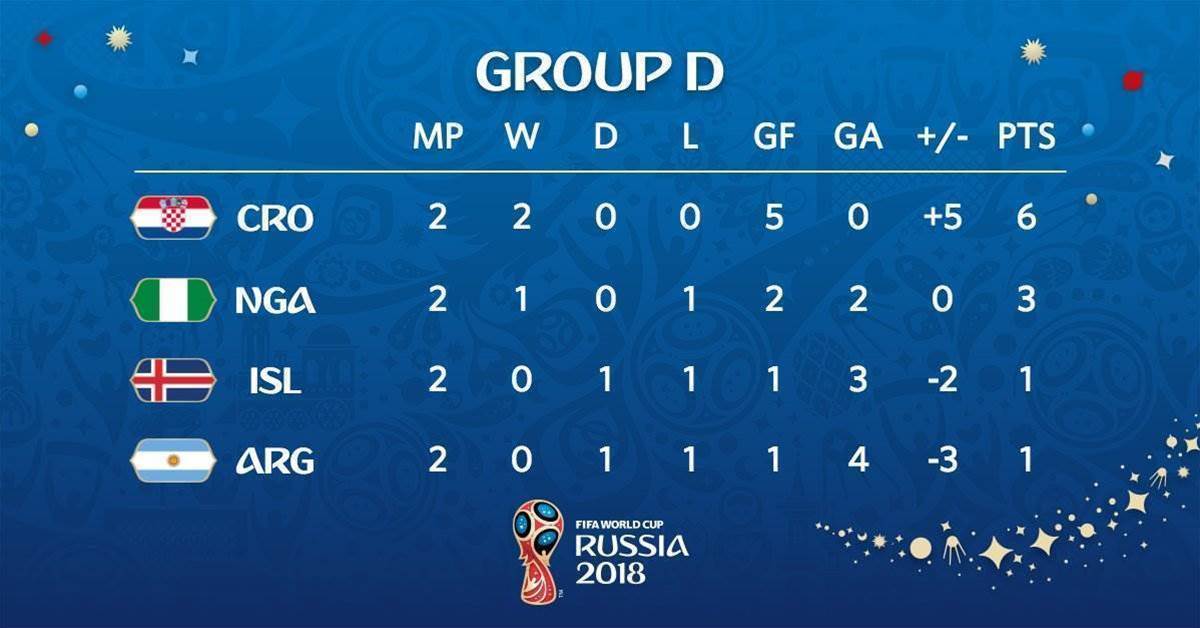