Victory are coming off a 2-1 loss to Wellington Phoenix on Wednesday night and take on seventh-placed Perth Glory on Saturday.

The Big V claimed their first point of 2018 last week after a 1-1 draw to Central Coast Mariners in Geelong where Ingham had the chance to seal the game at the end.

Ingham did not take part against Phoenix as Muscat chose to make just two substitutions for the game.

Many Victory fans have pleaded for Christian Theoharous to be given more of a chance this season along with other up-and-comers.

Ingham was the whipping boy after the Mariners game, however, the Victory boss stood up for his player.

“Jai’s alright, that (goal scoring chance) was an eternity away as well,” Muscat said on Friday.

“The fact that Jai got himself into that position… I probably recall one or two other chances that were missed in that game as well, but I think if Jai’s going to be the easy target, then it’s severely unfair.”

And with claims he is not up to A-League standard, Muscat responded with: “I don’t listen to what people say.” 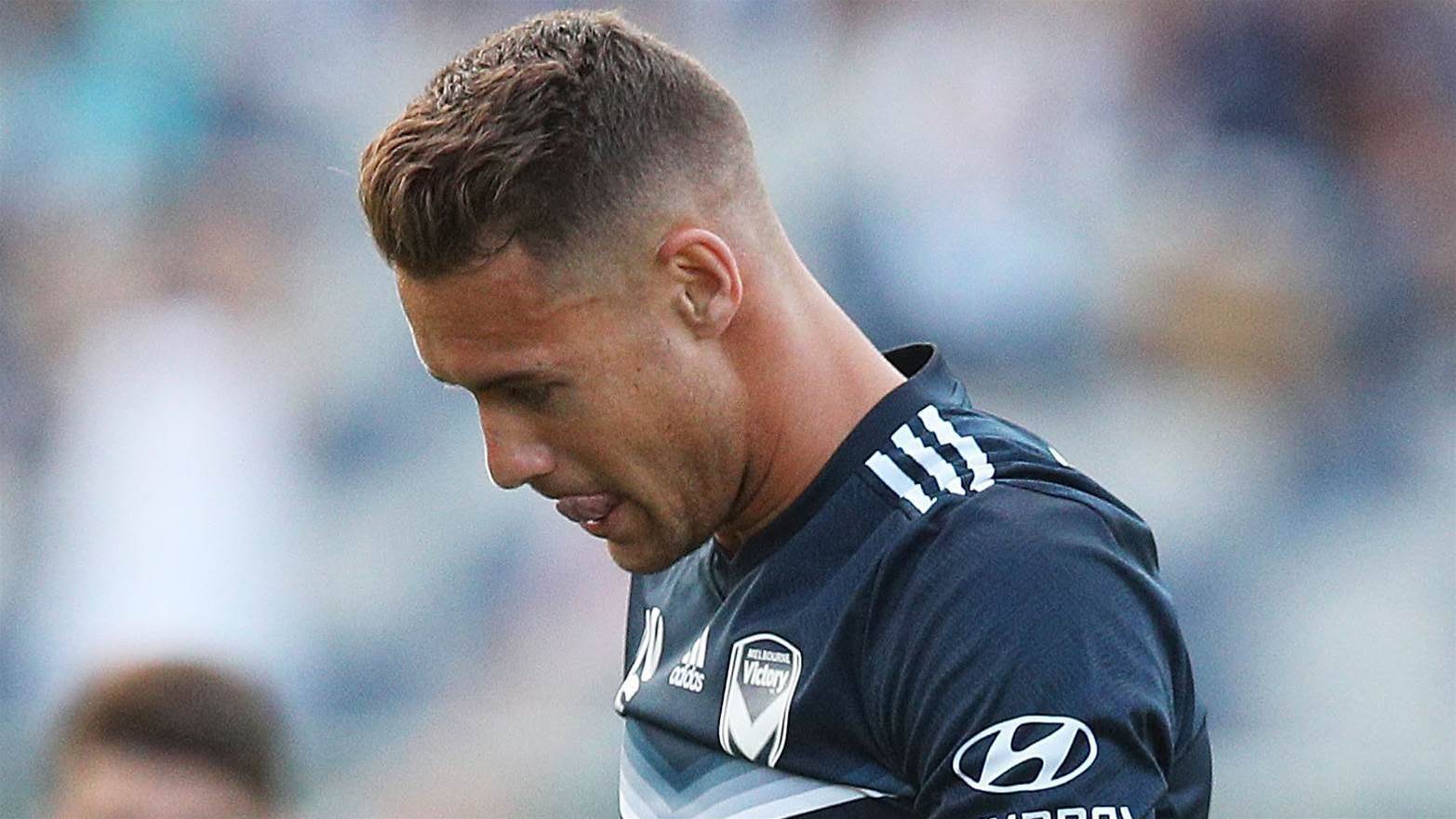 How the hell does Ingham keep getting games over Theo? #MVCvCCM

It is gross that Jai Ingham continues to get a game for us. Not up to it. Never has been. #MVCvCCM

How is Jai Ingham a professional footballer ? #MVCvCCM

Why do we persist with Ingham. #MVCvCCM

How Ingham gets a game, in whatever capacity, is well beyond me #MVCvCCM

Victory will be without centre-back Rhys Williams against his former side on Saturday after the Match Review Panel confirmed he will miss one game.

Williams originally was yellow-carded for a last-ditch challenge on Andrija Kaluderovic but the VAR persuaded the referee to send him off in the eighth minute.

Muscat chose to bring on Stefan Nigro in the dying minutes for Besart Berisha against Wellington.

He explained the reason why he only made two substitutes was because he felt the players “were adhering”.

“The goal we conceded was an uncharacteristic error from Lawrence (Thomas),” he said.

“Eventually looking at it, that was the best way to go about it.

“Any given point in time, considering how everything was going, we just felt it was the best opportunity for us to get a result remaining as we did.

“Late on, pushing Mark (Milligan) into midfield and Jimmy (Troisi) a bit higher because Bes ran himself ragged.” 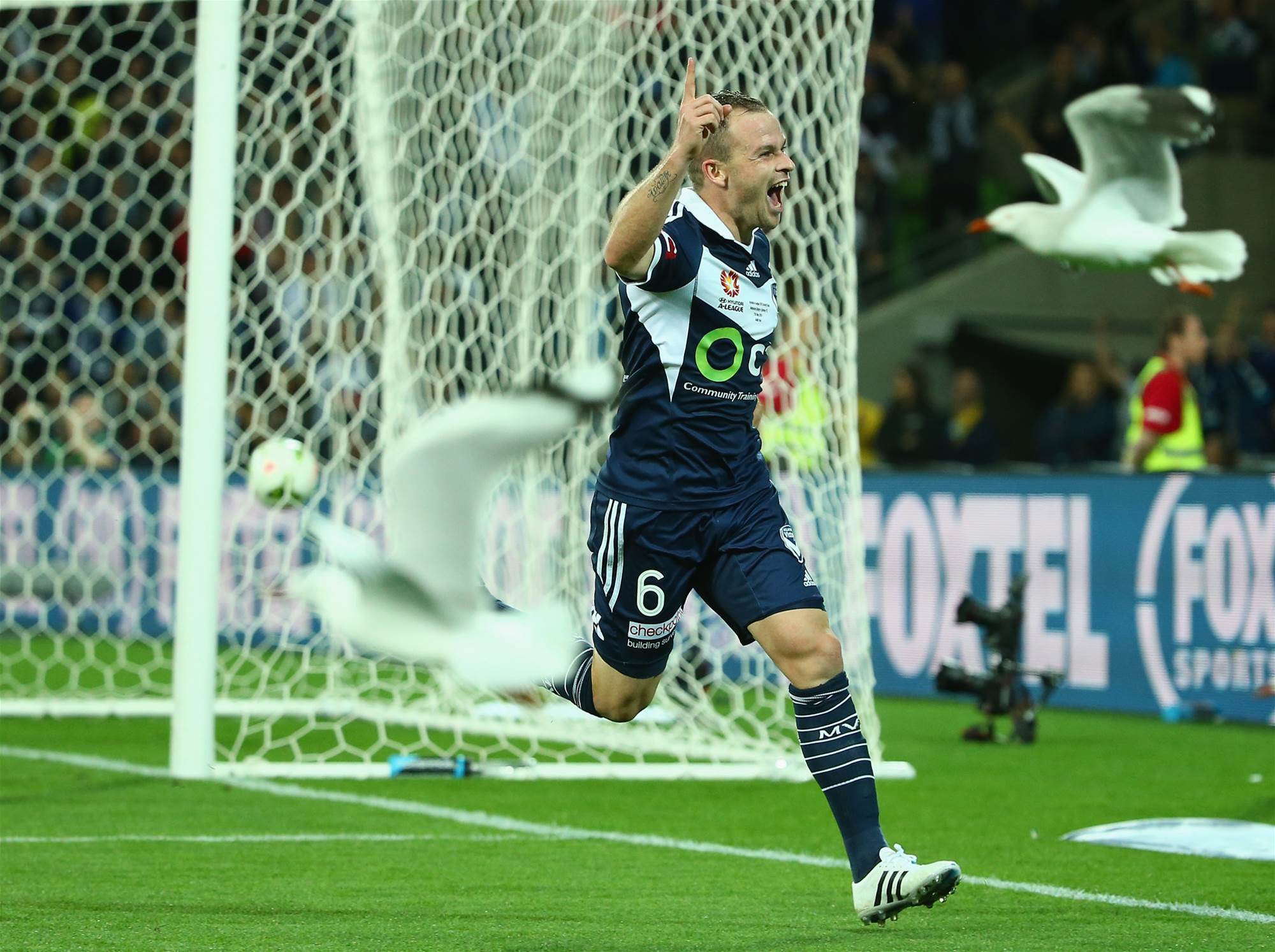 Championship point... Broxham seals the deal for Victory in 2015

It could also potentially be Broxham’s 250th game against Perth with the 29-year-old starting at the club as a kit man.

With the fans chanting his name to AC/DC’s Thunderstruck, Broxham said his versatility contributed to his longevity at the club.

Broxham added: “I’ve got games where I probably would’ve sat out in midfield because we’ve got some very good midfielders at this club.

“Playing in other positions has probably got me as many games as it has.”