It was announced last Friday Victory had secured Athiu on a season-long loan after his stellar performances for Heidelberg United.

The Bergers have had a big year in their domestic league and the FFA Cup, and Muscat said Athiu needed to rest and was unsure on when he would start training.

The South-Sudanese born striker scored 21 goals in 28 games for Heidelberg this year.

“He’s had a long season, so don’t expect him to be featuring anytime soon,” Muscat said.

“He’s got a little bit of rest and problem in his foot that we’ll have to settle down and we knew about. He’ll need some rest as well after a long season.”

Athiu has come from humble beginnings, as he and his family left Kenya at just 11 arriving in Melbourne in 2004 for a fresh start, and was juggling retail work with his football.

But Muscat said that was not a contributing factor and was down to his good form in the NPL.

“We just don’t do it for a nice headline, he’s deserved it and from what I’ve seen with my dealings with him, he’s keen to take it,” he said.

“I’m pleased for him, we’d like to give opportunities where they’re deserved and it’s a big opportunity for him.”

Victory are looking to rectify their form after uncharacteristically losing their first two games of the season in Friday night’s away clash to Adelaide United.

James Donachie is currently the only key out with a quad injury and had surgery yesterday. 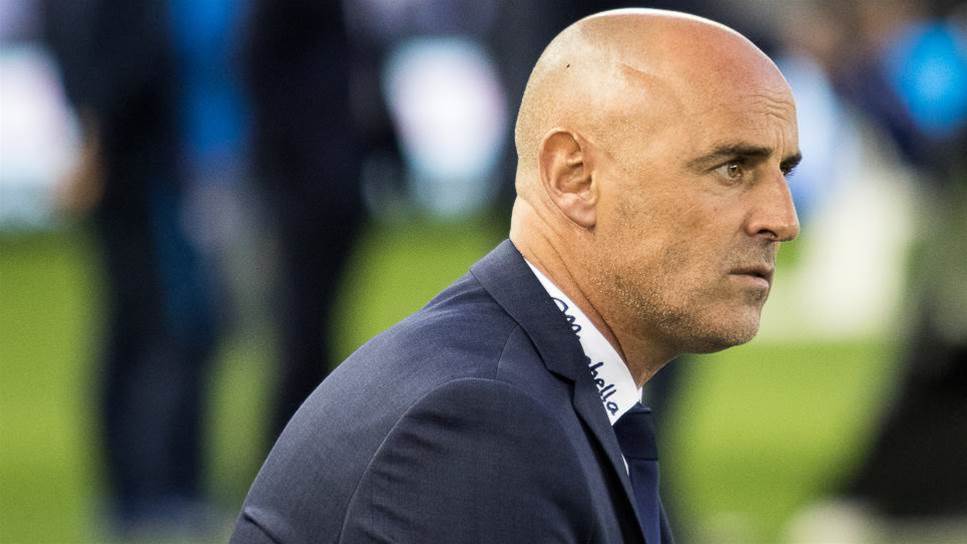 The Big V boss feels they were hard-done-by in the first two games. By Ashley Perez Photography

Muscat said it was unclear how long he would be out for but Thomas Deng would take his place.

The Victory boss was also adamant they deserved at least a point from their games against Sydney FC and Melbourne City.

He said his team was a victim of counter-attacking goals, which they needed to fix.

“City’s second goal was a cruel deflection that beat Lawrence (Thomas)… Carl (Valeri) gets back there and defends,” Muscat said.

“Lawrence would’ve been able to scoop it up. I don’t there was any danger of it going in had it not been deflected.

“We emphasised defending on the counter before the game, once again, having a look at it, I stand by that statement (City only looked dangerous on the counter).

“Adelaide have got some pace from the same situations as well, we’ve had a look at it and done some work on it.”