AUSSIE starlet Mustafa Amini has begun his Bundesliga adventure with an eye-catching performance, but his Borussia Dortmund manager says the former Central Coast Mariner still has lots to learn.

After a pre-season camp with the reigning Bundesliga champions Amini, 19, played a full game for and scored in a midweek friendly against lower league German opposition.

Expectations have been raised but Dortmund manager Michael Zorc told au.fourfourtwo.com that Amini still has lots to learn.

"You can say he's a big talent, that's why we took him from Australia to Dortmund,” he told Ben Coonan.

“A young player, a talented player but he has to learn many things and I'm sure we can help him to get the best Mustafa Amini he can be.”

The afro-haired playmaker officially joined the club at the end of the last A-League season after being loaned back to the Mariners for a year.

Over the last two seasons in the A-League and with the Young Socceroos Amini has excited many fans with his vision and technique.

And now that the German club has lost talented Japan star Shinji Kagawa, some have suggested the Aussie could potentially fill his shoes. Though Zorc is playing down such talk.

“I think it's a long and hard way because we have many big talents, it's the best club for him to feel well in this team,” he said.

The pair form part of FourFourTwo’s extensive coverage  of the Bundesliga – a league that continues to grow in popularity in Australia.

And in the same issue there’ll be complete EPL, La Liga and Serie A previews. Out August 8. 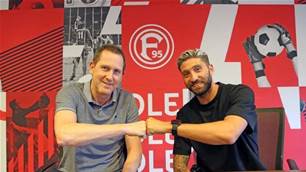 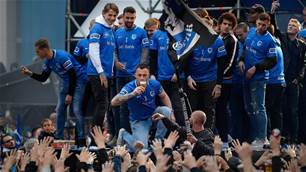