The debate over what constitutes a handball has reignited, with Central Coast keeping their first clean sheet in 39 A-League matches to beat Western United 1-0 in Gosford.

Goalkeeper Mark Birighitti produced some crucial saves on Sunday for the Mariners, who hadn't kept a side goalless since round 21 in February 2018.

United suffered back-to-back losses for the first time and their first away defeat.

The Mariners' second win of the season lifts them from last to sixth, one spot and three points behind United.

The new Melbourne franchise created most of the chances, especially in the first half, but were off target or denied by Birighitti.

The only goal came in the 49th minute when a shot from Giancarlo Gallifuoco deflected off United defender Aaron Calver.

United had two penalty shouts for handball in the second half, but neither was given.

"They were both, from my eyes - and my eyes aren't the best at the best of times - but I saw them pretty clearly as penalties," United coach Mark Rudan said.

"What's natural, what's unnatural? I have no idea anymore; I just don't get it," added Rudan, who wanted VAR officials to explain their decisions.

Questioned on the vexatious handball issue, Mariners coach Alen Stajcic said "I don't know what a natural position is anymore".

Stajic felt his side hadn't had the benefit of VAR handball calls in the first two rounds, while Rudan was adamant his fledgling club hadn't received a favourable VAR call yet. 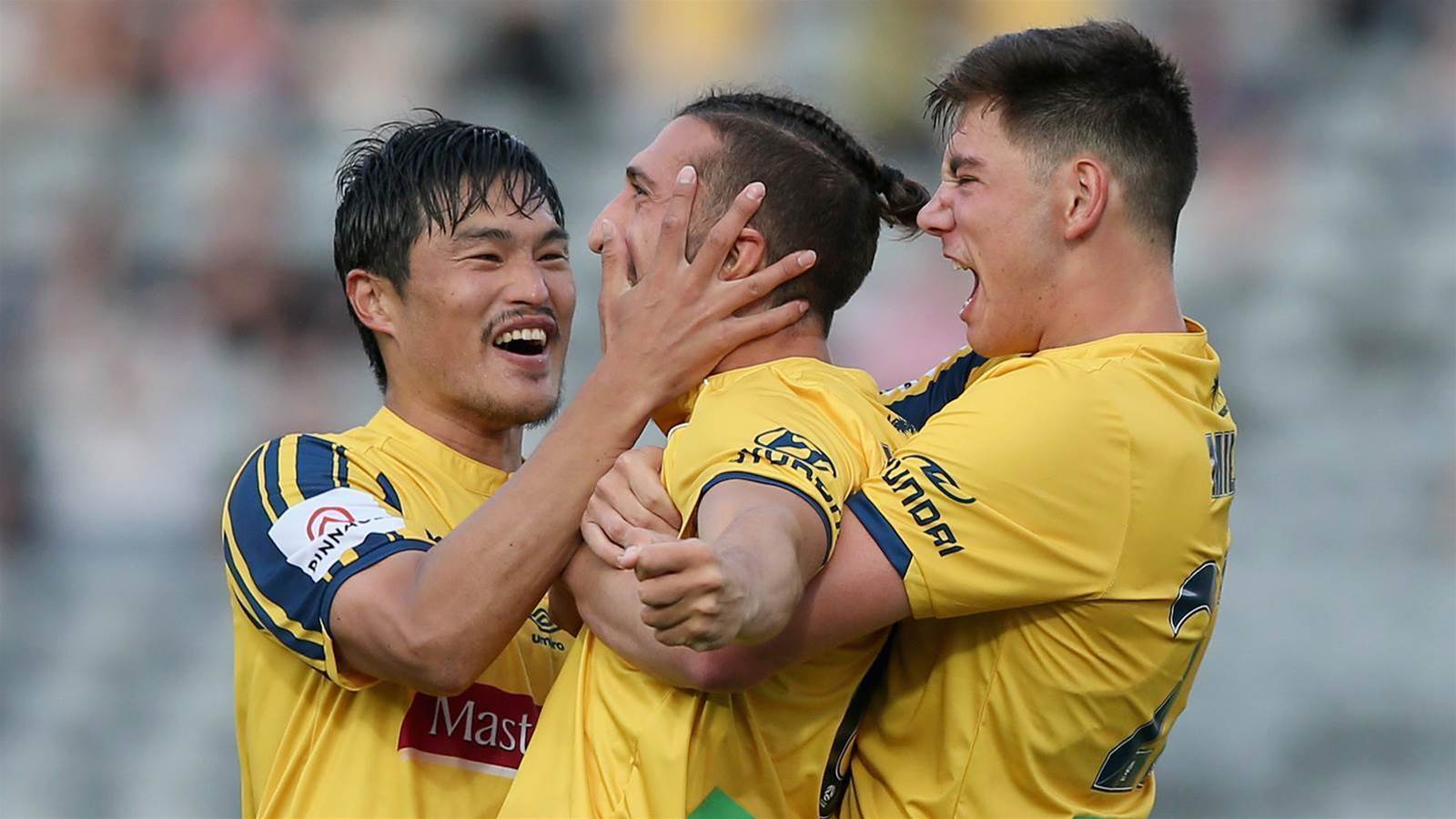 Stajcic was pleased by other aspects more than the long-overdue clean sheet.

"Everyone will bang on about the clean sheet. I'm still more impressed with the general 90 minutes of limiting such a quality team to the few chances they had," Stajcic said.

"I don't think it was probably our best performance of the year. I actually thought we played better in the first couple of games of the year and were a bit unlucky to not to pick up some more points.

"But from where we were last week to this week and working on our defensive shape and structure, I thought we did really well and we traded in a little bit of attacking intent to ensure we limited them to a few chances."

Birighitti denied Alessandro Diamanti and Besert Berisha with outstanding saves. Both of those players were off target with other attempts, while Panagiotis Kone blazed over from close range.

"We steamrolled them 24, 25 shots to eight - countless opportunities that we had," Rudan said.

"'It was a game that has gone begging for us. I can't fault the players at all - fantastic attitude; their effort was super class; proud of the boys in terms of their performance."