When you think of Andrew Nabbout it’s natural to remember the two goals he scored in Melbourne Victory's 3-2 comeback against Sydney FC at Allianz Stadium in 2012.

Nabbout has now racked up five games for new club Newcastle Jets in 2016/17, netting his first goal for the Hunter outfit in Thursday night’s 2-1 loss away to Melbourne City.

The 23-year-old returned to AAMI Park for the first time since his Victory days, the last match was a 2-1 win over Central Coast Mariners in March 2015. And as his career ended abruptly with Victory, he set on a journey to Malaysian side Negeri Sembilan FA playing 12 games and scoring eight goals.

“I didn’t really progress as a player, I just used more of my potential to improve, but it wasn’t really the standard which made me improve, it was just me gaining confidence,” Nabbout told FourFourTwo.

“In terms of the money, Malaysia is probably a really good place to go, but the standard isn’t great.

“I always knew I was good enough to come back to the A-League, I just needed an opportunity and the Jets have given it to me. So far I’ve done OK but it’s a long season."

Nabbout said football fans still mention the goals he scored for Victory early in his career and while he conceded it was motivating, he was keen to set a higher benchmark.

He is as fit as he has ever been and credits coach Mark Jones as a positive influence on his season so far..

“I hear it all the time (about that Victory match), but it was just one game," he said. "Not many people remember everything else I did at Victory which is fair enough.

“I set the standard really high, I have to find more of that form and I have been in the opening rounds which is good, but I believe I can improve and get better for this team. “Mark demands the best out of everyone which is what you need out of a coach and he doesn’t settle for anything less which is good.

“He’s constantly hammering us on technique. People people might not think that’s very important at our age and at this level, but the videos we’re watching at training just proves how important it is.

“He’s calm and got a good CV, a lot of experience behind him and that’s good to bring someone like that in and it can only get better for us really.”

Nabbout was well aware of the negativity and indifferent attitudes towards the Jets before he signed for the club this season.

Not only does he have faith the Jets can make the finals, he also believes a top four spot is on the table.

“Considering the past few seasons Newcastle had it’s natural for everyone to write us off early,” he said.

“We’ve got potential in our team to do great things like we showed against Brisbane (4-0). They’re sitting second at the moment on the table, to do that against a team like that is quality and that just shows how much we’ve got in our tank.

“We should be doing that against all teams especially a Melbourne City team which gave us a lot of space in our forward line.”

The Jets return home next week to face Central Coast in the F3 Derby.

Nabbout is no stranger to derbies after playing in a total of six for Victory against crosstown rival Melbourne City. 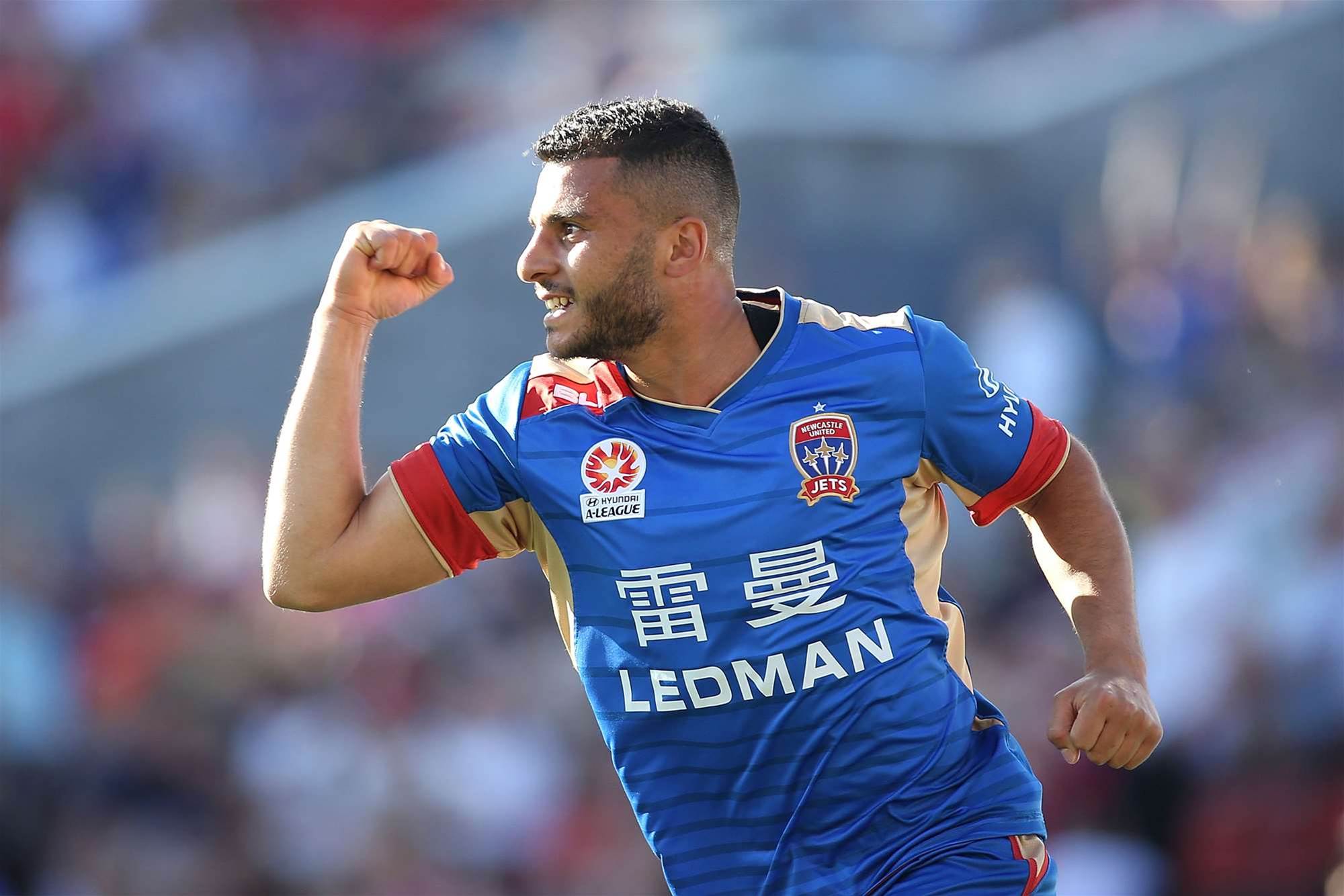 He said this was a golden opportunity to snatch three points against the Mariners who sit eighth on the A-League table.

“I have paid attention to F3 derbies in the past, I think that was the original derby in the A-League, so it’s very important to the Hunter people and it’s our obligation to give it our all and give it three points, so we have to take our opportunity,” he added.

“We can’t be complacent. They had a good result last week against Adelaide, we’ll see how they go against Wellington Phoenix.

“They’ve got some good players and with (Mariners coach) Paul Okon coming in, he’s obviously changed the team completely and that’s probably worked for them a little bit.

“They’ve got really good players out wide, we’ve got a good front four as well, so it’s going to be an end-to-end game and hopefully the fans get what they paid for."