Andrew Nabbout has been putting in the hard yards at home after his World Cup injury to bounce back into Socceroos contention months ahead of schedule.

The 25 year old forward missed Australia's final World Cup game against Peru in Russia after he dislocated his shoulder for the second time a matter of weeks in the draw against Denmark.

He had to undergo reconstructive surgery to fix the injury – and hopefully prevent any further repeats – but was expected to be out of action for up to six months.

However he has managed to return to action sooner than medics predicted after working hard on his rehab at home.

He's already got J-League game time under his belt with Urawa Red Diamonds after joining them earlier this year following a stellar season with Newcastle Jets.

"It's been a tough journey," Nabbout said today. "I've been working double-time to be able to come back early and ready for the Asian Cup. 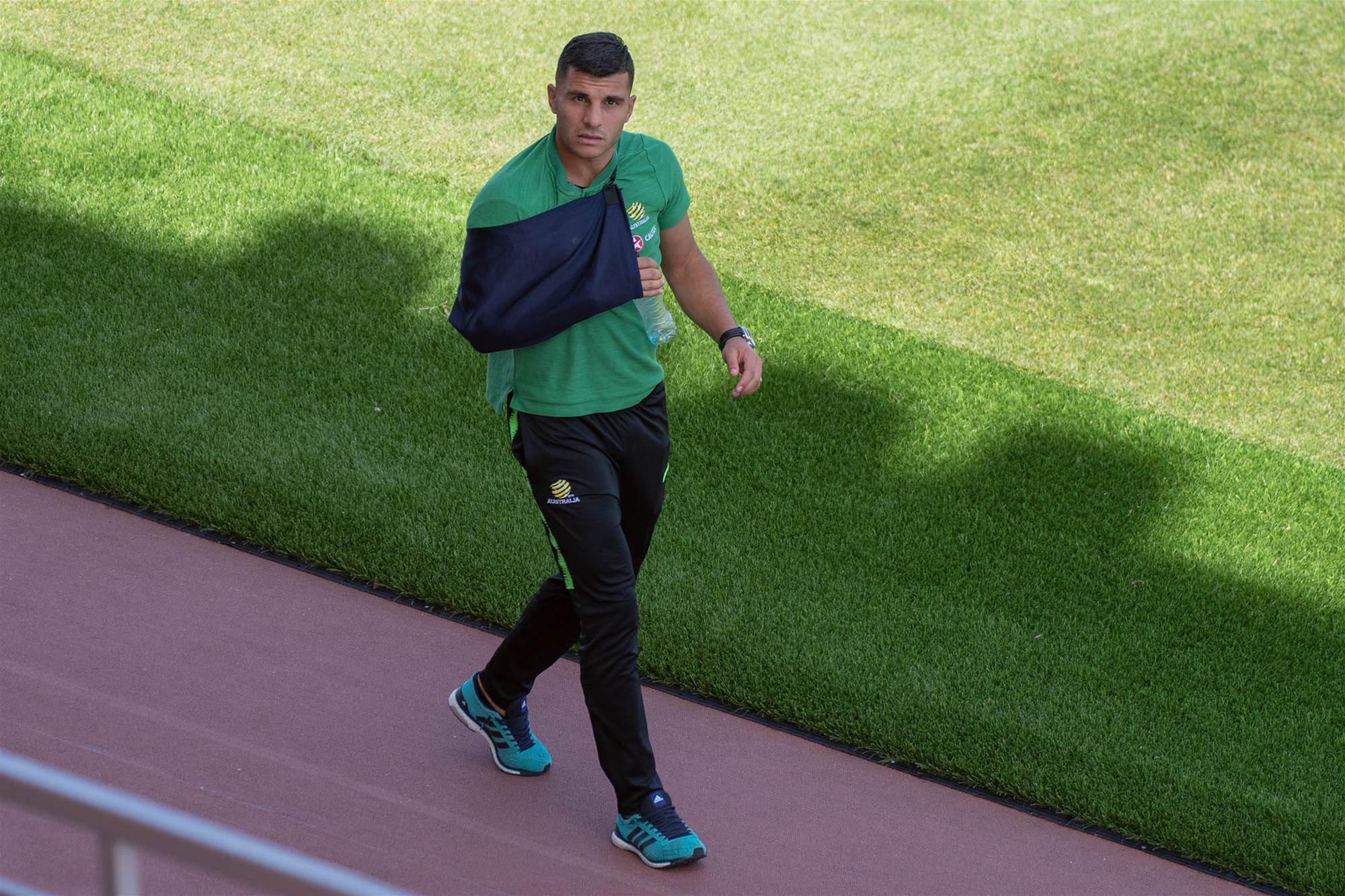 "It's been a bit tough on my wife to it sit there and watch me do rehab all day at home which is tough on her but now it's proved to be to be good for me.

"I've come back two or three months earlier than expected and I've played about four games now in Japan which is good – and now I'm ready to go."

Traditionally a winger, Nabbout was the first choice striker for Bert van Marwijk in Russia after impressing in the warm up matches, although he failed to find the net at the World Cup itself.

But he's happy to play in any role for new coach Graham Arnold as the Socceroos prepare to face Korea in Brisbane on Saturday then Lebanon in Sydney next Tuesday ahead of the Asian Cup in January.

He added: "It's always an honour to be called back in to the national team and to be able to represent your country, especially now with a new coach.

"It's an honuor to get to prove myself after being out for a while, and it's going to be nice to get in with some fresh faces and really get down to work."