The New Leagues Working Group report - popularly termed A-League 2.0 - has attempted to smooth over growing issues between the A-League and broadcaster Fox Sports.

Fox Sports has held principal broadcasting rights to the A-League since the competition's inception, also broadcasting the majority of Socceroos and Asian Champions League matches in a series of landmark deals with FFA.

The Australian reported today that Fox Sports has called the current operation of the league, in which FFA holds executive power over each A-League club in a franchise system,  unsustainable and threatened a "huge drop" in their offer for the next broadcast rights negotiations if a solution isn't found.

Fox Sports are currently in the third year of a six year, $346 million dollar deal.

In response, the New Leagues Working Group called Fox Sports' submission to the board (which wasn't published) "sobering reading" and attempted to highlight the importance of Fox Sports to any new league model.

"Given the significance in terms of revenue contribution and positive impact on the A-League of the existing multi-year FFA – Fox Sports Australia media and broadcast rights contract, the NLWG recognised the importance of inviting a submission from FOX Sports," the report said.

"The submission made for sober reading and the NLWG recognised that under whatever New Professional Leagues Model is adopted, the relationship between the Professional Leagues entity and Fox Sports Australia will be paramount just as will preservation of the respective rights and obligations of the FFA and Fox Sports Australia under that contract."

The ratings figures for last season on Fox Sports are the second lowest in the competition's 13 year history, highlighting the stagnant competition's desparate need for refreshment.

The New Leagues Working Group report also comes in light of rumours that Channel 10 may be wishing to expand its current broadcast deal to show more free-to-air matches.

While the NLWG report also highlights several of the issues Fox Sports are reported to have raised with FFA (lack of expansion, second division, financial transparency and promotion / relegation), the report faces a growing stoush between FFA, PFA and the AFPCA (A-League clubs) over control of the new league.

While the AFPCA, in their own blueprint for an independent A-League model released a few weeks ago, demanded 90% of a new broadcast rights deal, FFA are understood to want 18.5%.

The New Leagues Working Group, with any report set to be approved by FFA, have a timeline of June 30, with a new A-League model hoped to be introduced by the beginning of next season. 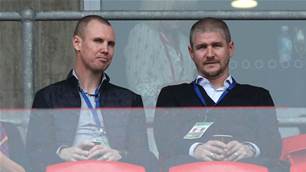 Adam Peacock's five A-League stars you should be watching 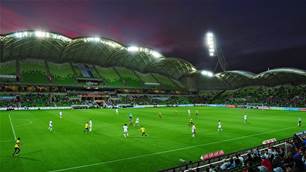