Football Federation Australia today pledged to launch a new second division in 2021...but admitted they still don't have all the answers on how to make it happen - and promotion and relegation is not a top priority.

Today the working group unveiled its white paper with the 2021 target - but insisted any new league had to be financially viable, with a broadcast deal, sponsors and start up capital.

It now wants to set up a steering committee – including new FFA chairman Chris Nikou, two state federations, two representatives of NPL clubs and one A-League club rep – as the next step.

Nogarotto said the proposals were intended to complement the proposed new A-League structure that's set to come in as soon as this season.

But while the FFA hailed the backing for the white paper from the NPL clubs, players and state federations, A-League clubs were noticeably missing from their list of supporters.

They are understood to be demanding the so-called Championship include A-League B-teams or reserve sides at the expense of state league clubs, in a move which has reportedly angered the Australian Association of Football Clubs representing NPL clubs.

That's likely to cause a roadblock over promotion and relegation which the FFA admit is only a "longer term" ambition.

Promotion and relegation wouldn't be considered for the first five years of the competition to allow the clubs to "bed in".

Promotion and relegation to the A-League would be considered at a later date although simply winning the second division wouldn't guarantee a team an A-League berth, with "non-football criteria" to also determine a club's eligibility.

But the FFA insist their white paper has plenty of wiggle room ahead for negotiations and fine detail.

The timing of the division is yet to be determined and could run in the winter or summer depending on discussions with stakeholders.

A financial model, including salary cap structure and licensing costs, would not be established until broadcasting deals and other commercial considerations had been finalised.

"It is not intended to be definitive on the structure and operational aspects of any National Second Division," said Nikou.

"But rather [it] reflects the discussions that have taken place and consolidates a vast body of work that has already been done.

"The development of a blueprint for a National Second Division which all stakeholders are aligned with is critical to better connect the various levels and pathways throughout the Australian football ecosystem.

"There is general consensus between the stakeholders involved in this process, the AAFC, Professional Footballers Australia, Member Federations and FFA that a sustainable National Second Division would be a significant step forward for football."

Nogarotto said he saw the second tier - already dubbed the Championship by the AAFC - as a way of healing divisions between parts of football.

"Over the past 15 years, football has made great progress," he said. "However there remain strong elements within our sport that feel marginalised.

"For Australian football to reach its potential, all elements of the game must pull in a single direction." 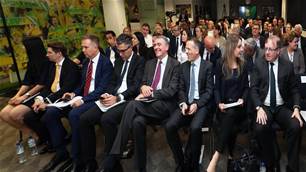 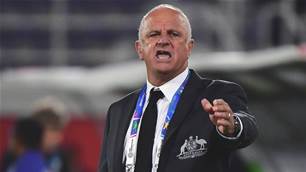 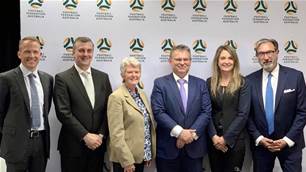