The 25-year-old forward joins from parent club, Arabe Unido, who finished second in the Panamanian Football League in 2018/19.

Arroyo has scored seven goals in 47 internationals since making his debut in 2014.

He played in each of Panama's three group stage matches and their quarter-final defeat to Jamaica in the 2019 CONCACAF Gold Cup and came off the bench in two of their games at the 2018 World Cup.

Arroyo has played his club football in a number of different countries including Uruguay and Costa Rica.

"Abdiel is a relatively young player with a lot of pace and potential, and we're excited he's joining us for the season," Jets' coach Ernie Merrick said.

"He's still very much in his prime at 25 years old, and the fact that he's playing regularly for the national team is another positive indicator of where he's at."

Arroyo will link up with the Jets on August 1. 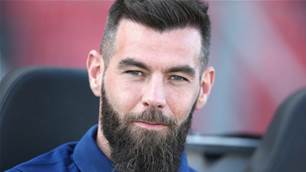