Newcastle Jets laced up the boots for their third match in nine days as they drew 0-0 with Adelaide United.

It was a lethargic affair with Adelaide off the pace and their final ball lacking conviction, while Newcastle were happy to sit back and absorb pressure.

Adelaide United were full of energy as they pinned Newcastle back to their 18-yard box for the first 20 minutes of the match. Craig Goodwin and Ryan Kitto were finding plenty of the ball out wide, with Daniel Georgievski and Ivan Vujica off the pace.

Midway through the first-half Goodwin managed to skip past Nigel Boogard on an Adelaide counter attack and through on goal but his cracking shot slammed the crossbar. The second half left much to the imagination with Newcastle running out of legs without a goal to show for their efforts.

While Newcastle were under pressure, Moss was there to hold onto Adelaide's tame goal attempts.

Good on the ball early, winning the 50/50s although he lost the ball in advanced positions to Craig Goodwin, who fashioned chances for Adelaide.

Let down by the full-backs who were being beaten constantly by Adelaide's wingers. Smarter defending saved Newcastle from going down early.

A commendable opening stanza as Newcastle rode the Adelaide storm whilst Topor-Stanley and Boogard had to deal with the brunt of fast counter-attacks. As we know pace aren't exactly fortes in the duo's repertoire.

Vujica was pinned to his backline, absorbing the pressure given by Ryan Kitto and Strain. Vujica has decent technique when it comes to crossing and with the few he managed to get away he put Adelaide under pressure. 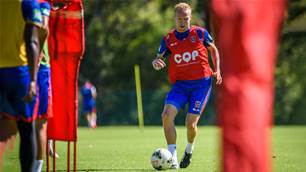 'I'm open to options' - A-League return on the cards? 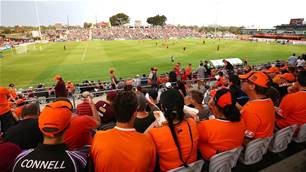 How to save the A-League: Boutique grounds and pro/rel