Sean Elder, 18, is the younger brother of Australian youth international Callum Elder, 22, who plays in the English Championship with Barnsley on loan from EPL Champions Leicester City.

Last Wednesday, 20 players aged 16-18 from NPL clubs across NSW entered the Finish IT Competition via Nike.com and competed in a set of drills inspired by Robert Lewandowski from the Nike Academy playbook.

Sean Elder said he wasn’t going to let a painful injury get in the way of competing in the Finish It striking competition. 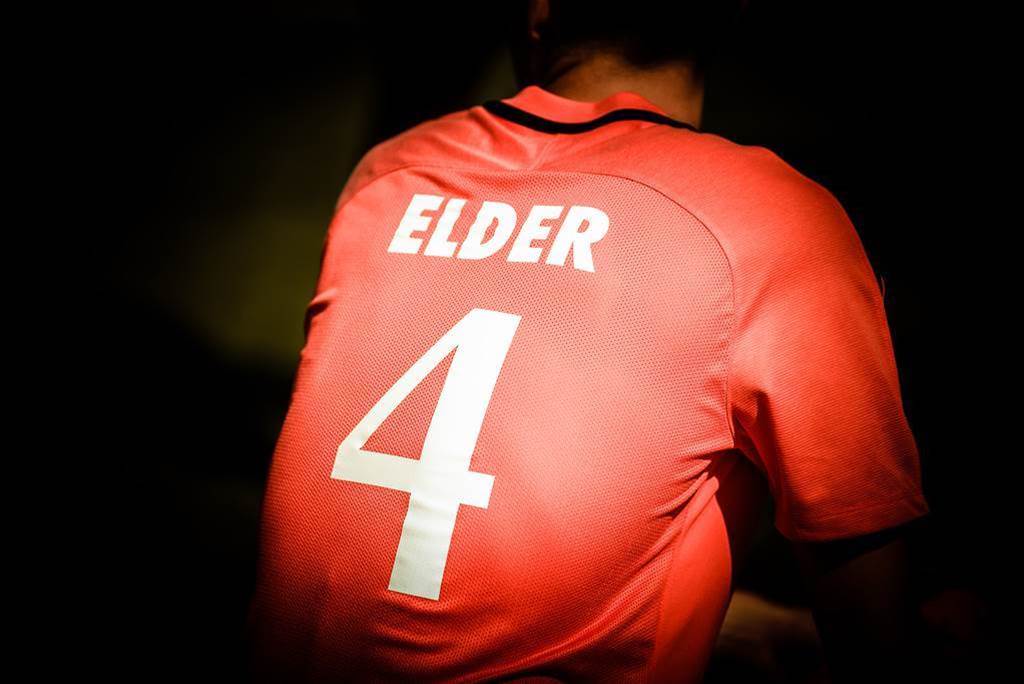 “Unfortunately, I’ve broken a bone in my neck,” he said. “So it was a once in life time opportunity and I wasn’t going to say no to that. All I can’t do is head the ball so I was hoping there was no heading involved today and there wasn’t, so it awesome.

“The standard of the boys' finishing and shooting was awesome so for me to come out on top was pretty good. There were some cracking goals today from all the other boys and so I’m very, very happy to bring home this awesome prize. It was pretty awesome I got to speak to Brendan Santalab as well and that was pretty cool.”

The striking master class included an unopposed shooting drill, a two vs one situation, a six v six small-sided game and was finished with three different shooting scenarios. 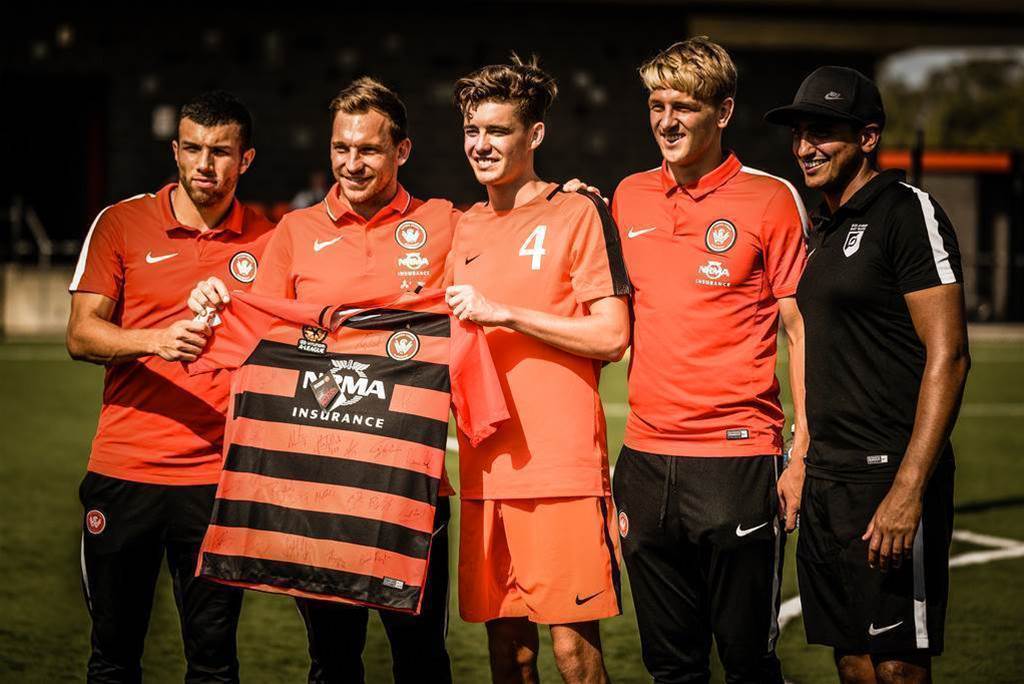 “The lethal finishing one is all about strikers and finishing where they use the Hypervenom 3 boots,” he said. “It’s all about getting them to use their quick feet and quick thinking. They key is getting the body into the correct position and making sure they get their first touch right before they shoot to give themselves the best opportunity to strike the ball and put it into the back of the net.”

Sean Elder hopes to progress from Manly United’s U-18 team, and unlike his older sibling, the young striker hopes to continue his football career in Australia.

“My brother Calum was fortunate enough to go overseas and sign for Leicester City when he was only 16 years old,” he said. “But me and my brother have different ambitions. For me I’d really, love to play in the A-League, and I definitely want to play for Western Sydney Wanderers where I’m from, that would be awesome.

“What I’m going to take away from today is that I want to be scoring more goals this season. I’ve set that as my individual goal and hopefully get into the National Youth League and from there keep setting goals.”

Check out Nike’s new Hypervenom 3  and their features here: 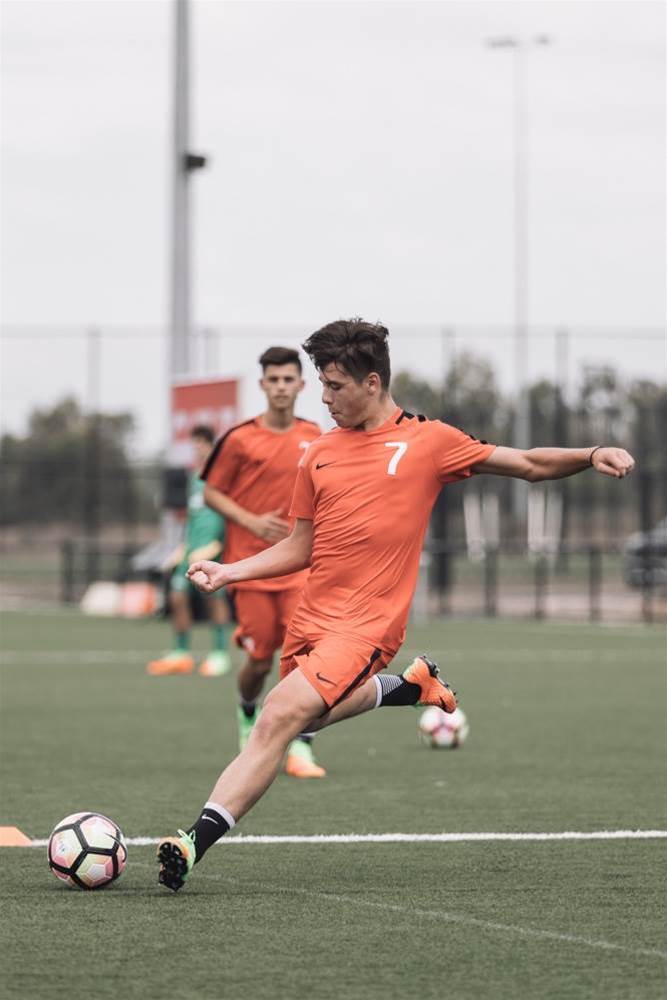 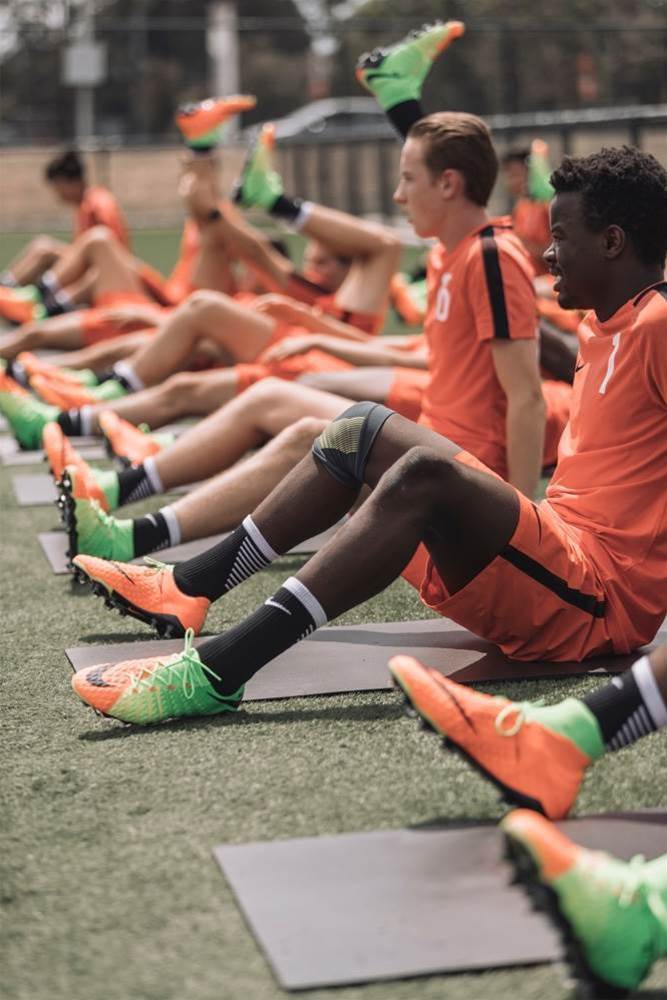