Milos Ninkovic wrote his name into Sydney Derby folklore when he netted an 88th minute winner against the Western Sydney Wanderers. But as the Serbian maestro remembers his heroics in 2015, he has only one thing on his mind.

"After five years i think it's the right time to score again no?" That's what's on Milos Ninkovic's mind ahead of Saturday's Sydney Derby at Kogarah Stadium.

Even after remembering Sydney FC's triumph in 2015, beating the Wanderers 1-0 in the last minute in front of a raucous crowd of 40,539, he still wants to pile more misery onto his cross-town rival.

"It was five years go now, it feels like a long time ago. It was my first derby, scoring the winner, a full stadium with a great atmosphere, it was a dream," Ninkovic told FTBL.

"(My teammates) told me it was the biggest game in Australia. I had played in huge derbies before especially in Partizan, one of the biggest games, but this (Sydney Derby) probably came closest to one of those games in Serbia."

The match was at the beginning of a highly anticipated A-League season. Graham Arnold and Tony Popovic were coming face-to-face, both sides were expecting big things – and derbies can be a litmus test for a team's season.

The first chance of the game fell to Ninkovic, ghosting around the top of the box and jumping onto a loose ball with a first time side-footed volley. The "ooooooh" of the crowd set the tone for the game that Ninkovic was to control. 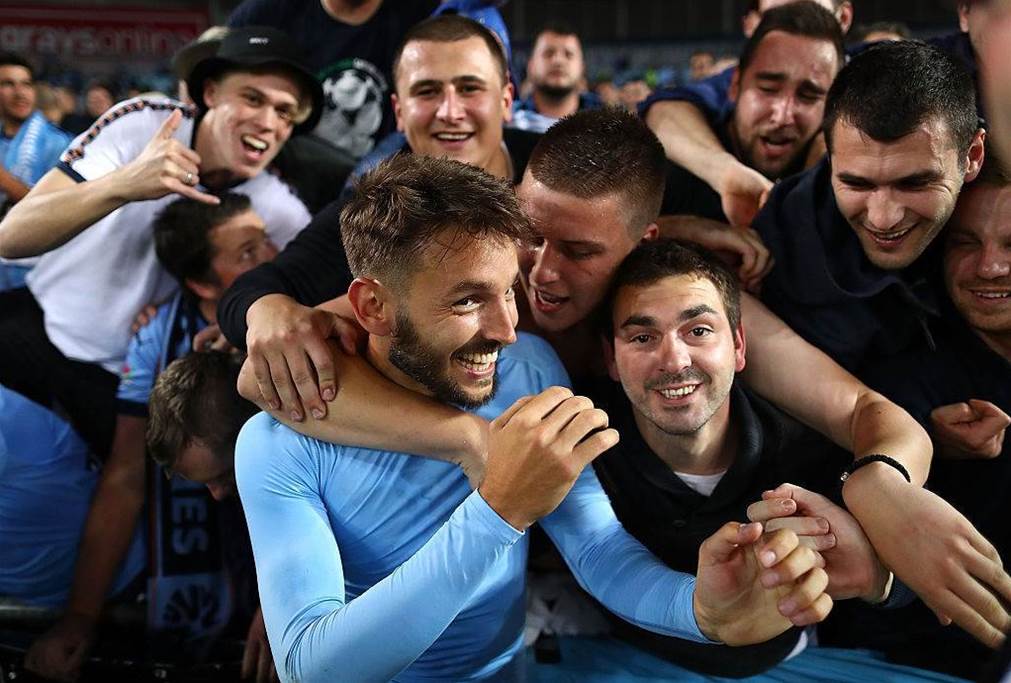 Romeo Castalen's injury and subsequent withdrawal punctured the Wanderers' goal scoring chances. The Dutchman was Popovic's danger man, and the introduction of Dario Vidosic was a Hail Mary.

"I remember Castalen," said Ninkovic. "He was a very dangerous player, a good player, he was one of their best."

The game went back and forth for the majority of the game, with clear chances alluding both sides. Until the heavens opened. Brandon O'Neill's exquisite ball found Ninkovic's mazy run. What happened next was picture perfect. Run. Touch. Finish. Elation.

"That was probably one of the biggest moments in my Sydney FC career," claims Ninkovic. "That was something special for me.

"It was a great ball, a very good touch and I think i finished it past Andrew Redmayne, who is now in the same team. When i scored i just ran to the fans and wanted to celebrate with them.

"I don't know why i celebrated like this but i didn't plan it, i just did it."

The next few moments as he ran to the fans were captured as apart of a new chapter in the Sydney Derby story. Ninkovic will be hoping to replicate his heroics on Saturday at 5pm when the two sides clash at Kogarah Oval.