Sydney FC midfield maestro Milos Ninkovic says the Sky Blues knew that the 6-1 thrashing that they handed out to Melbourne Victory that secured a Grand Final spot was on the cards.

The 6-1 win over Melbourne Victory not only gave Sydney a spot in Sunday’s Grand Final against Perth Glory, it was the Sky Blues biggest ever win in their A-League finals history.

While not many anticipated such a thrashing, which was also Victory’s biggest loss, Sydney FC star Milos Ninkovic, who scored the sixth goal, is adamant that a result like that was brewing.

“I knew it was coming, that some team was going to get smashed,” he told FTBL.

“If you remember all season we haven’t won 4-0 or 4-1, but we had chances to score many goals but we didn’t.

“During the season I thought, ‘C’mon ,we haven’t smashed anyone’. I was shocked, especially the way we played and the players that we have as our team is unbelievable. 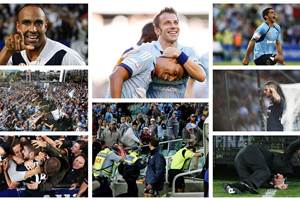 Blood, sweat, tears and Aussie football through the ages. Recap all the heroes, villains, thrills and spills throughout the years in the most famous fixture on the A-League calendar. (Warning: Some images may be distressing)

Sunday night’s 6-1 win at Kogarah also laid to rest the ghosts of last season when Victory upset Sydney FC at home in the semi-final and went on to win the Grand Final. 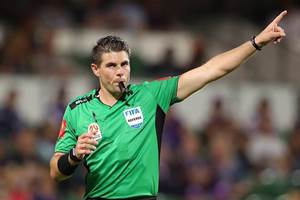 Ninkovic didn’t deny that revenge was a motivating factor.

“When we played Melbourne Victory in this game last season it was very physical game.

“When you play final series football it’s a totally different game. In the season sometimes you can play at 80% to 90% and you can win the game.

“Last season we finished 21 points ahead of Melbourne Victory and to be honest we were the best team in the league and we thought that the semi-final was just a normal game and we would beat them easily.

“But we lost that game and we know now that if we want to win the semi-final and Grand Final that we have to give more than 100% and we did that on Sunday night.

“I am so happy and proud that we have a chance to win one more Grand Final.”