TLA Worldwide Chairman Bart Campbell has confirmed there will be no International Champions Cup (ICC) in Melbourne in 2017.

It was announced on Friday morning that an international friendly between South American powerhouses Brazil and Argentina will be played at the Melbourne Cricket Ground (MCG) on June 9.

Both Campbell and TEG CEO Geoff Jones admitted the difficulties in planning such an event which would clash with a World Cup and European Championship tournaments. They used Last year’s ICC as an example with Euro players being left back at home.

Juventus, Tottenham Hotspur and Atletico Madrid all travelled to MCG in 2016, with the largest crowd being just over 42,000.

In an interview with FourFourTwo, Campbell, who is also the chairman of NRL side Melbourne Storm, spoke of the caution they exercised in organising the event.

“There is no ICC this year,” Campbell told FourFourTwo.

“We’ve learnt the hard way…. in 2015 when there’s no competing football on, you can put on an amazing product. 2016, when the demand on the players as such are compromised effectively then it’s not as compelling, that’s the beauty of this year.

“There is no competing football product, it is the expectation that every player who is available for Brazil and Argentina will be here.

“Ultimately there’s nothing else that will be competing for their time. They’re doing a training camp here to prepare for the football world cup a year out, so it’s actually really important.

“Technically for the players to be here, if they want to go to the World Cup with these teams, so we think it’s going to add to the quality of the teams.”

“The event is the exciting new version of the former International Champions Cup Australia," The Victorian Government said in a statement. 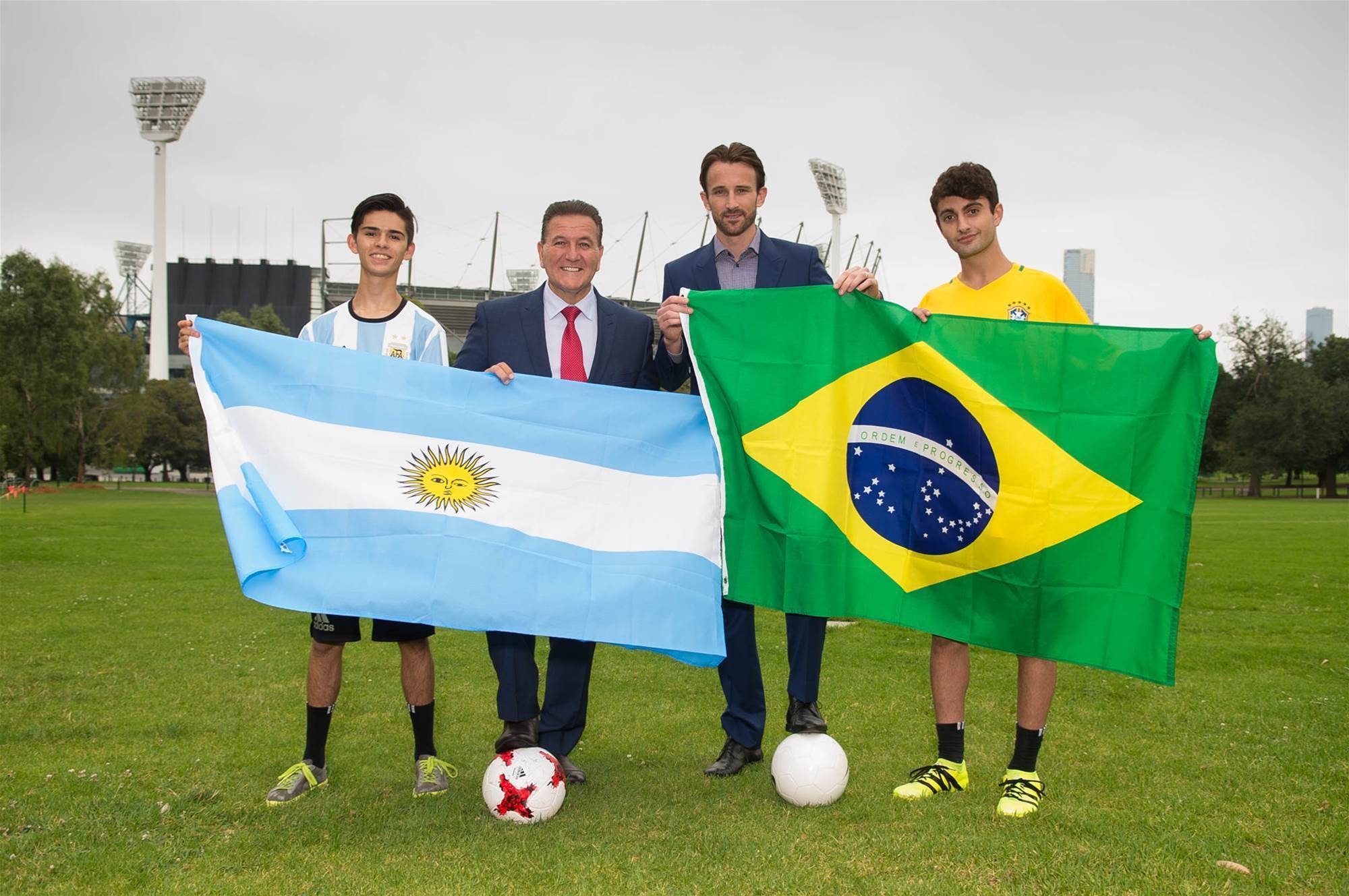 The fixture has deliberately been placed a week after the European Champions League final in order to accommodate big stars including the likes of Neymar and Lionel Messi. 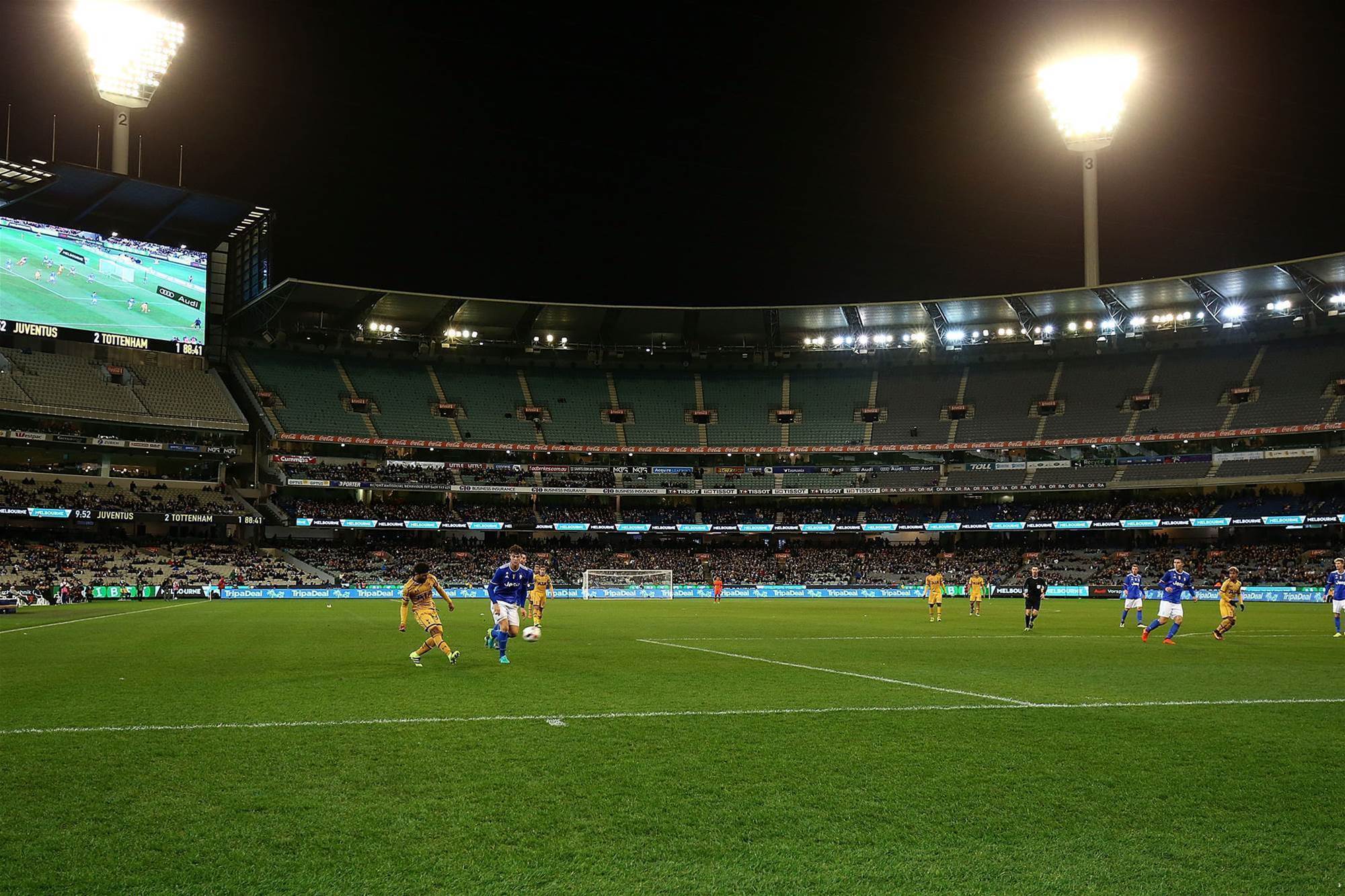 Jones also spoke of the importance of showcasing the world game to the Australian public with Messi and Neymar on the MCG pitch.

“Those two (Messi and Neymar) are synonymous and we’re very keen to make sure with as best we can possibly do, they’re locked in to come,” Jones told FourFourTwo.

“We’re focused on the best of the best, we’ve had in the last two years six of the top 20 teams in the world have been here.

“We’re always looking to get the best teams, when we cannot get the best teams. We’ve gone now to an international scenario with Brazil and Argentina which I think everyone would agree it doesn’t get any better than this so everything is a work in progress.”

Jones also conceded it was disappointing some stars did not fly to Australia last year after the success of Real Madrid, Roma and Manchester City in the 2015 ICC.

He also said he was still looking at options to potentially bring big clubs back to Melbourne in the near future, but said at this point, the focus was on the South American friendly.

“It was a Euro year and we got letdown, it’s probably not the right word but that’s what I’ll use by the fact a lot of the big stars didn’t turn up,” Jones said.

“We’re really dubious about what we call ‘the even years’ now - the Euro and World Cup years.

“You’re not going to get the best guys because they’re not going to commit to it. That’s a real challenge and then maybe in those even years. Maybe looking at internationals as an opportunity for teams to prepare for a world cup.”

Tickets for the highly anticipated clash will go on sale to the general public from 12pm on 21 February.