Andre Villas-Boas admitted that Fernando Torres was 'disappointed' at being sent off for the first time in his Premier League career.

Yet the Chelsea manager had no complaints with the striker's red card in the 4-1 win over Swansea City and confirmed he would not be appealing against the decision by referee Mike Dean.

Torres clinically scored the opener and had a hand in the second goal by Ramires but was given his marching orders shortly before half-time for a two-footed lunge on Mark Gower.

He will miss the next three Premier League games against Bolton Wanderers, Everton and QPR.

"The sending off, I have nothing to say," said Villas-Boas afterwards. "It looks a good decision by the referee. There is nothing for Torres to apologise for. It is the referee's decision."

Asked how Torres is feeling, he replied: "I don't know. He is disappointed, for sure."

Following Torres' dismissal, Nicolas Anelka reverted to a central striking role before being replaced by Didier Drogba, who followed up Ramires' two goals with the fourth goal on his comeback.

"With 10 men, we never lost our will to continue to attack," said Villas-Boas. "It paid off. It is a good scoreline for us and a good team performance with 10 men."

The Chelsea manager said not too much should be read into Frank Lampard's demotion to the bench just six days after being hauled off at half-time against Manchester United last weekend.

"The decisions were based on playing 120 minutes on Wednesday," he explained. "We sent nine fresh players to the pitch today. We have to rotate our squad."

"This is nothing to speculate about. They are all team players. Frank is like that. He is a magnificent player and he will be back to the team sooner than expected."

Villas-Boas' opposite number Brendan Rodgers also backed Lampard to fight back, saying his former club colleague will continue to shine into his late 30s like Inter star Javier Zanetti.

"I think he will be a bit like [38-year-old] Zanetti at Inter Milan and keep going in a variety of positions and continue to score goals," former Chelsea reserve team manager Rodgers said.

"He is a brilliant professional and maybe other players who are 33 who are not in his condition and who have not looked after themselves so well would be towards the end. But he still has big ambitions to play and continue to score goals."

Rodgers was left to reflect on a result that he could not argue with.

"The best team won, to be fair," he said. "I'm not going to sit here and say we deserved to win the game. But I'm proud of the players once again."

"We were disappointed with our final ball and the goals we conceded today. For us it was a great experience. Many of our players haven't played at this level."

"I know the quality of Chelsea. They have top European players. Even when they were down to 10 men they played really well. As the season goes on, they will get better." 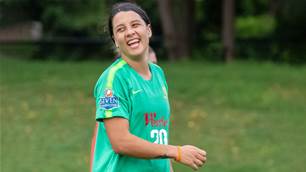 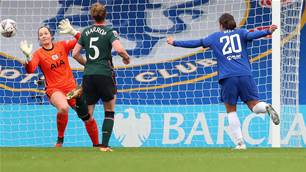