Borrello's club Kaiserslautern, where he is contracted until 2020, suffered relegation from Germany's second tier this season.

The 22-year-old ex-Brisbane Roar man was a shining light during their disappointing 2017-18 campaign before suffering an anterior cruciate ligament injury in April, which ruled him out of Socceroos' World Cup contention.

"We're assessing our options at this stage," Grimaud told FourFourTwo.

"We're working on a couple of things and there has been interest but there's also the option of staying at Kaiserslautern.

"We're in no rush to make a decision."

Freiburg finished 15th in the Bundesliga in 2017-18, narrowly avoiding the drop, while six-time German champions Hamburg suffered relegation and will be looking to bounce back immediately.

Borrello made 20 appearances for Kaiserslautern in all competitions in the 2017-18 season, after his move from Brisbane Roar, netting three goals and providing four assists.

Kaiserslautern have already confirmed more than a dozen players are moving on following their relegation.

I’ll be back a little bit better a little bit stronger.. even possibly have a thicker beard, all I know is I’ll be putting in the work to get back out there!

Thanks again everyone 🙌🏼❤️ pic.twitter.com/1SOBSM0qWk 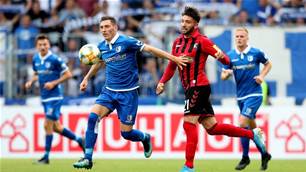 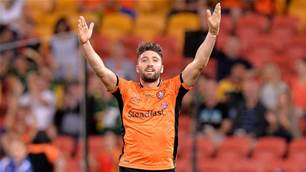