Melbourne Victory active supporter group North Terrace says they are not protesting, boycotting or striking but have in fact ceased for good.

The North Terrace made a statement last week saying they had “ceased the co-ordination of active support indefinitely” but moved to confirm their status on Wednesday night.

In a follow-up statement, the North Terrace tried to explain their reasons for the “difficult decision” and confirmed “it’s over”.

“This is not a protest or a boycott or a strike,” the statement read.

“For the North Terrace to continue as its traditional self in this climate, is a battle we cannot win. In short, it’s over.”

The group implored Victory fans who chose to continue active support not to try to resurrect the North Terrace by name or tradition.

They requested fans refrain from chanting the name or wearing their merchandise, nor refer to the North End as the North Terrace.

In light of the recent announcement regarding the indefinite ceasing of... https://t.co/LPSrJM1xO5

The North Terrace also explained the reasons behind their decision which they argued was “unsustainable and untenable”.

“Marches have been banned, group and message banners restricted, approved and paid-for tifos and choreographies refused and cancelled at the last minute, flags and standards have been limited in distribution,” the statement read.

“Not to mention, provocative security and police who almost always chose the ‘take-down’ over a peaceful, restorative solution and ongoing surveillance and blacklisting by a private and unaccountable counter-terrorism consultancy firm with a vested interest in trouble at the football.

“And finally, restrictive memberships and the introduction of a new seating regime that prevents friends being allowed to stand with friends and new participants, ensuring that they cannot participate freely in the North Terrace.”

They also cited examples of repression and heavy handedness by authorities, such as stadium bans and match day restrictions, along with “disingenuous, frustrating and/or fruitless negotiations on the part of the club”.

The North Terrace claimed they enjoyment of their voluntary group was no longer there due to these restrictions.

“The current restrictions imposed on the North Terrace, together with the unrealistic expectations of the club and possibly the wider fan base, make effective leadership at best an unenviable task, at worst an impossible one,” the statement read.

“To the point that, for members of an organised supporters group to attend matches, it is no longer a thing of enjoyment as it should be.” 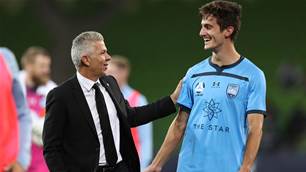