Dylan Wenzel-Halls continued his red-hot A-League form for Brisbane Roar with a brace against Adelaide - and coach Warren Moon expects him to only get better.

Dylan Wenzel-Halls is flying high at Brisbane Roar but coach Warren Moon says there's still plenty more to come from both the livewire striker and the rest of his A-League attack.

The energetic 23-year-old scored a brace and set the tone for the Roar's excellent 3-1 win against an undermanned Adelaide on Saturday night, a victory which nudged Brisbane to the top of the table.

"He was good. He's been good every week since he's played," Moon said.

"Now he's getting his rewards and, I say it every week, his performance was good tonight. So two goals, and we're happy."

Wenzel-Halls has now had a direct hand in six of the Roar's eight goals this season, scoring four and assisting a further two but Moon said there was still "lots" of improvement left in him.

"We talk all the time about things he can work on and improve on and I think Dylan's really, really self aware of what he needs to do," he said.

"But he's really, really hungry to improve as a player and be better.

"I'm sure that as he gets more and more confidence, we'll start to see an even better Dylan."

Brisbane found plenty of joy in creating chances against Adelaide.

Jay O'Shea was excellent, scoring a long-range goal, while veteran Scott McDonald was influential again and Jesse Daley had an impact off the bench

The Roar attack will soon be bolstered by experienced striker Golgol Mebrahtu, who is ready to play but awaiting his international clearance.

"Everyone's going to need to perform. Golgol comes and just adds something else to our squad," Moon said.

"Everyone will now be aware that it's not just a free ride to get a spot. You're going to need to do well in training and games and keep performing.

"That's a good place as a coach to be. It's nice to have those kind of headaches."

Meanwhile, Adelaide were left stinging after their second loss in as many away trips, but coach Carl Veart expects gun recruits Tomi Juric (groin) and Javi Lopez (calf) to return for next week's home clash against Perth.

Captain Stefan Mauk came back from his calf injury, while the Reds will look to get more and more game time into Al Hassan Toure, who returned off the bench. 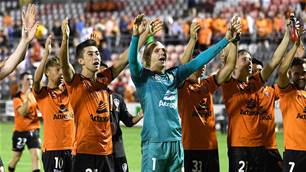 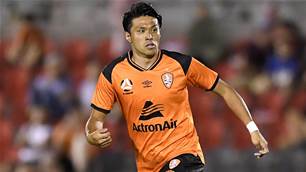 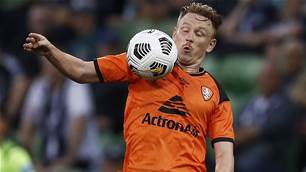