Avondale FC star Liam Boland was among the first to criticise the Mariners for signing Usain Bolt to an A-League trial, and now having seen the world’s fastest man on a football pitch, his sentiments have only grown stronger.

The 26-year-old striker insists he has no ill-feeling towards Usain Bolt, but has become increasingly frustrated by the reluctance of A-League clubs to nurture NPL talent.

Boland, whose 40-yard wonder strike knocked the Mariners out of the FFA Cup in 2016, is of the opinion that even the NPL would be too big of a test for Usain Bolt.

"Just to be clear I don’t have anything against Usain Bolt, the Mariners never would’ve put 10k on seats in an intra-club friendly without him, but you could see from the debut that technically, he wasn’t there," Boland told FTBL

"If an NPL player did what he did in those 20 minutes, he probably would have got the flick - I’ll be honest.

"From a business standpoint - fair enough, but talent wise, I don’t think he’s anywhere near it.

"I’d like to see him get a go in the NPL first to see if he could handle that, and I don’t think he could to be honest."

With NPL outfits APIA Leichardt and Bentleigh Greens knocking off Melbourne Victory and Wellington Phoenix in this season’s FFA Cup respectively, A-League clubs have been criticised for not expressing enough interest in NPL talent.

Boland’s Avondale FC are among the NPL teams looking most ominous in the cup, but face a stern test against Sydney FC in an intriguing Round of 16 encounter.

Having run through Marconi and Devenport by three goal margins, the 34-year-old club based in the inner-city of Melbourne are hoping to produce the mother of all ‘cupsets’ against the Sky Blues.

"It’s very exciting. It gives us NPL players an opportunity to show how good we are on the national stage," Boland said.

"There’s a big skill gap between some NPL players, but the best players in the NPL are definitely good enough to play at A-League level.

"I think its been shown over the last couple of years in the FFA Cup with NPL teams taking A-League teams out which probably shouldn’t be happening as often as it is.

"It’s the best competition in Australian football at the moment, and the best initiative the FFA have produced in the last decade for me."

Once harbouring dreams of becoming a professional footballer, Boland now 26 is running a photography business, starring in the NPL for Avondale and soon hopes to become a father. 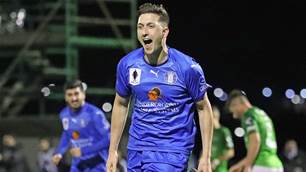 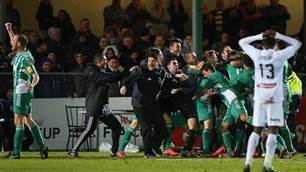 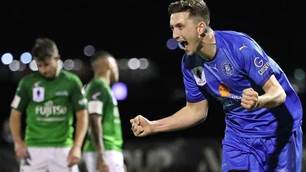 Inside the daily grind of Australia’s semi-pro heroes